After the Dane's pivotal performance against Aston Villa in the Premier League opener, he struggled to make an impact against Pep Guardiola's side.

Having been largely ineffective for the whole match, he was taken off in stoppage time by Pochettino and Neville had thought Lucas Moura should have gotten the nod ahead of the 27-year-old. Neville spoke on the selection of Eriksen during ​Sky Sports' coverage of the fixture, in which he stated as quoted by ​HITC:

"Against Villa you probably get less space. Moura needs space to counter-attack into a run in behind. Last week when Eriksen came on he's more suited to playing against deep defences, you come here today and maybe it would have been right to leave Eriksen on the bench and Moura starts.”

Despite the decision, Pochettino brought on Moura who made an immediate impact, scoring from a corner with his first touch. The Brazilian's goal was the second equaliser for ​Spurs, with Erik Lamela levelling the score earlier in the first half. 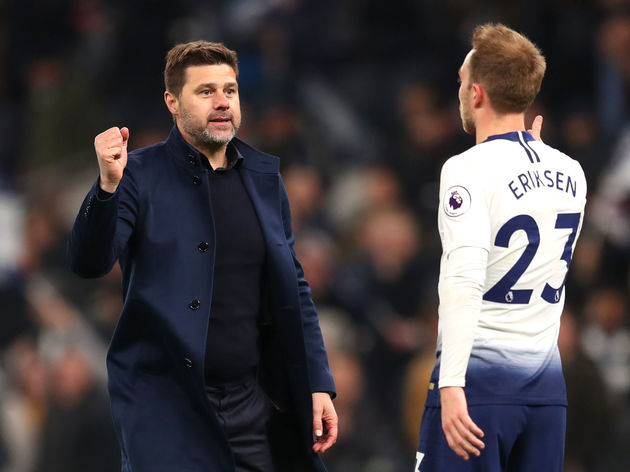 Moura's instant impact was just one of the few great things in an incredible fixture in which ​City dominated but were unable to win.