Douglas Luiz: 5 Reasons Why the Brazilian Youngster Is the Coolest Signing This Transfer Window

Aston Villa earned promotion to the Premier League via the playoffs in May, and immediately went on a huge spending spree to prepare for life in the top flight.

The Villans have signed a nice blend of Premier League experience, like Tom Heaton, and untried and untested mavericks, like new striker Wesley. 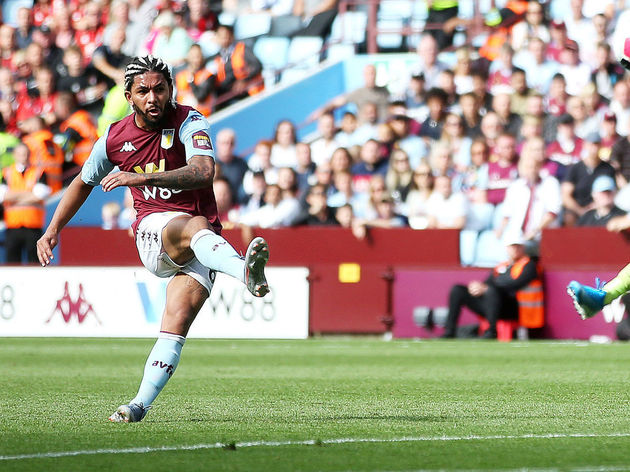 One player they did bring in who has caught the eye is Brazilian holding midfielder Douglas Luiz, who signed from Manchester City in a deal worth around £15m. We've heard a lot about the youngster who he is supposedly extremely talented, and rated very highly by Pep Guardiola.

However, not only is the Villa new boy an excellent footballer, he's also a very cool customer off the pitch, and you get the feeling that he's a great guy to share a dressing room with.

Here's a look at why Villa's new star is one of the coolest guys in the Premier League.

The Boy Has a Rocket in His Boots

We'll start by mentioning his footballing skills, before veering off on some unrelated tangents from which we will never recover.

Signed to shield his backline and provide extra defensive cover on the pitch, Luiz was caught cold for one of ​Bournemouth's goals at the weekend. However, he more than made up for it, curling an absolute worldie into the top corner, dragging his side back into the game.

What a hit by Douglas Luiz!
That's how you make up for a mistake! #AVFC

His passing and control on the ball is very impressive for a young player with limited professional experience, but he already looks great player with an assured head (and great hair, but we'll come to that later).

Whilst his contributions in his own half of the pitch are his bread and butter, Luiz may just put the icing on the cake with some special stunners throughout the season.

The Samba Rhythm Is Returning to Villa Park

We all love a Brazilian footballer with samba skills. There's something special about the South American swagger on the ball, a confidence and calm which is hard to come by on an island where Sam Allardyce is considered a footballing genius.

Douglas Luiz is an absolute baller and nobody can tell me otherwise. Composure is ridiculous, hardly gave the ball away  #AVFC

It's not taken long for the ​Villa faithful to fall in love with the Brazilian's silky skills on the ball and the air of authority he brings to their midfield. With creative and fluid players like Jack Grealish and John McGinn ahead of him, Luiz is the perfect foil to anchor the Villa side.

His Rhythm Extends Off The Pitch Too

In what must be the most nerve-wracking and high-pressured occasion for any footballer in their careers, every player must face the dreaded karaoke initiation at their new club.

Sure, stepping out on to the Wembley turf to compete in an FA Cup final in front of 90,000 supporters is pretty scary, but have you ever had to stand on a table or chair in a room filled with expectant peers and belt out a rendition of your favourite song?

That's what I thought.

Luiz faced the challenge with honourable bravery, and whilst it's unclear which song he was delivering for his audience, it certainly had a catchy rhythm, and a typically Brazilian feel.

Put it this way, at least he didn't sing 'Wonderwall' like every other ​Manchester City player.

Yep, sometimes liking a player can be as simple as this: he's got a great hairdo.

Whilst we've all looked in the mirror at one time or another and wondered if we could pull off the David James 'cornrow braids', Luiz has gone right ahead and done it, and he looks pretty damn cool.

Rumour has it Walker refused to train with Douglas Luiz because he was jealous of his hair. #AVFC #MCFC pic.twitter.com/BoTpsLt8ot

I turned on the game. That dude’s cornrows are something

Whilst jealous blokes with the classic 'short back and sides' will call his hair 'ugly' or 'ridiculous', we fully endorse this look. If you're not a fan of the braids, stay away from the 90min offices - a spontaneous hair-braiding session has broken out.

Humility is an overrated trait in the human race. Lots of people have the image of their favourite models, singers, or footballers emblazoned on the back of their phone. Well, Luiz proudly has a photo of himself.

I'm not sure how many other people would have a picture of themselves as their phone case, or who else would have a Luiz case for that matter. But the midfield maestro can get away with it.

Plus, if he ever loses his phone, the person who finds it won't have a hard time figuring out who it belongs to.