​Burnley manager Sean Dyche went on a no-nonsense rant about diving following their 2-1 defeat to Arsenal on Saturday, although the Clarets boss stressed that he wasn't directing his criticism at Unai Emery's side.

Goals from Alexandre Lacazette and Pierre-Emerick Aubameyang either side of Ashley Barnes' equaliser proved to be enough for Arsenal to claim all three points, maintaining a run which has seen Burnley lose their last nine matches against the Gunners.

But after the match, Dyche took time to lament the wider problem of diving in football, which clearly appeared to be directed at Arsenal even though he stressed over and over again that he wasn't singling out Saturday's opponents. 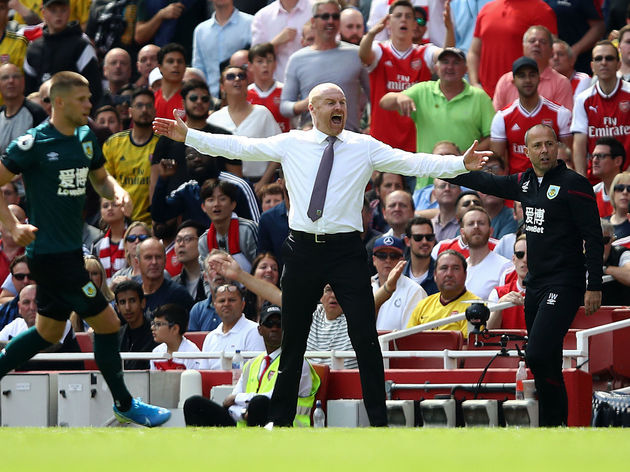 "So, I don't think it's going to stop, do you? I doubt it, unlikely I would suggest."

Dyche also lamented a handball decision - that based on today's laws was correct - which put Arsenal in a strong position to break the deadlock against Burnley at Emirates Stadium.

A goal each for Lacazette and Aubameyang as Arsenal's superior firepower makes the difference!#ARSBUR pic.twitter.com/oXC9zmy3sz

"The lad kicks it up at him and he flinches. For me, that's an impossible handball. I know there's a lot of noise about silhouettes but I don't know where he can put his arm.