Manchester City must've seen enough of that Video Assistant Referee (VAR) when Tottenham dumped them out of the Champions League last season - it denied them a late, late winner to take them through to the semi-finals. 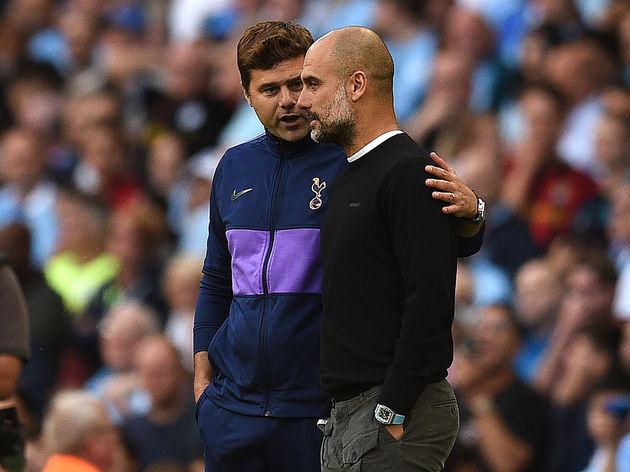 That game was crazy. And on Spurs' next visit to the Etihad Stadium - Saturday, August 17, 2019 - lightning struck twice. In the same ground. At the same end. Against the same team. At the same stage of the game. Gabriel Jesus scored to earn ​City (what they thought) was a 3-2 win and wheeled away in celebration...only for the goal to be overturned.

The ball hit Aymeric Laporte's arm and fell into Jesus' path before he smashed it in. City had done it again, ​Sergio Aguero and Pep Guardiola made up after a very public fall out, and then the celebrations were cancelled. Tottenham, overjoyed and perhaps a little confused, walked away with a point.

Plenty are quick to point to VAR. But VAR, sorry guys, has been enforced correctly here...according to the laws of the game on handballs in goal situations.

"If a player handling the ball leads to a chance or a goal, they will be penalised even if accidental."

The rule is new, and was ironically enforced off the back of Spurs' Champions League match at the Etihad last season, where they managed to score a goal through Fernando Llorente...despite the use of an accidental arm.

It states, via ​Reuters:

The following ‘handball’ situations, even if accidental, will be a free kick:

- The ball goes into the goal after touching an attacking player’s hand/arm.

- A player gains control/possession of the ball after it has touches their hand/arm and then scores, or creates a goal-scoring opportunity.

Just to confirm, the Laporte/no goal decision was the correct one. pic.twitter.com/JjMPyAxfzh

Laporte didn't know much about the connection with his arm at the time it happened, but unfortunately for Manchester City they've been pegged back by the laws of the game in a high profile fixture against Tottenham for the second time in a matter of months.

It's very early, but in the title race, it's advantage ​Liverpool.