Championship Golden Boot: 10 Players Who Have the Credentials to Finish as Top Goalscorer

Eight of the top 10 goalscorers in the Championship last season will be plying their trade in the Premier League this year, blowing wide open the chase for the golden boot.

Having a regular and consistent goalscorer among your ranks is often fundamental to a successful run at promotion, and we've already seen over the first few weeks of the season some of the league's best players get off to cracking starts.

Maintaining those high standards is an entirely different proposition, but here are ten players more than capable of doing the business throughout the league's 46 games. Hernandez was a key player for ​Leeds last year, establishing himself as one of the best attacking midfielders in the Championship.

He has opened the new campaign in fine fettle, and already has two goals and an assist to his name. Leeds are many people's favourites for promotion this season, and Hernandez, despite being 34 years of age, will be integral to any success they may have. Bamford will be hoping for a much better season than last after struggling to re-establish himself since a failed step up to the Premier League.

He was amongst the best strikers in his standout 2014/15 ​Championship campaign with ​Middlesbrough, though, and he'll be looking to get back those levels again with Leeds. 10 goals in 24 appearances last season is a good indicator that he's still got the ability to perform at this level. ​West Brom were the second-highest scorers in the league last season, with only champions ​Norwich scoring more.

Both Dwight Gayle and Jay Rodriguez have departed this summer, though, and that goal burden rests on new signing Charlie Austin. Like Bamford, he's struggled since stepping up to the Premier League, but 68 goals in his last three and a half Championship seasons prove he's deadly at this level. A surprise early hit but with three goals in four games, Huddersfield's new boy Grant is currently a man in form. The 21-year-old helped lead Charlton to promotion last season with 14 goals in 28 appearances, and bagged four from 13 games for ​Huddersfield in the latter half of that year.

So far he's taken to the Championship like a duck to water and he's another who'll be amongst the best if he can maintain his current form. 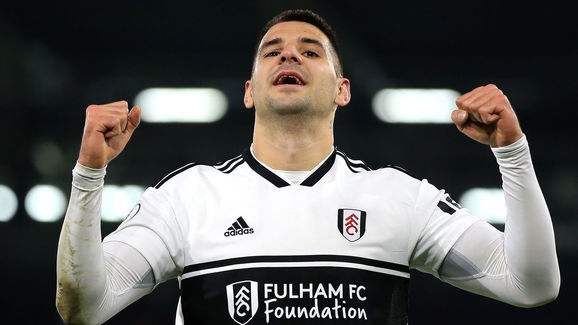 ​Fulham managing to keep hold of Mitrovic was some of the best transfer business of the summer. The Serbian was instrumental in the Cottagers promotion campaign of two years ago, scoring 12 goals in 17 games during a wonderful loan spell.

He established himself further as a key man in the squad with an impressive Premier League follow-up, grabbing 11 goals in the top flight - though he was unable to help his side beat the drop. Bowen was among the Championship's most prolific scorers last year - with nobody still playing in the division having scored more.

He was of interest to Tottenham earlier this summer, but a move failed to materialise for the 22-year-old, who must now get his head down and spearhead a charge towards promotion for Hull. 22 goals last season show he is more than capable. The only other player to make the top 10 scorers last season, Grabban is undoubtedly one of the most clinical forwards in the league.

He got 16 goals last year but 15 of those came in a 15 game run during the middle of the campaign, with just a solitary goal either side. That hot and cold form proved troublesome for ​Nottingham Forest's promotion ambitions but they'll want more out of him this season now that he's had a year to settle. ​Stoke City have struggled for goals for several years, so to suggest any player of theirs would be amongst the top scorers seems a stretch. But recent acquisition Hogan is the perfect fit for a squad that was full of nearly moments during a torrid campaign last year.

He's another player with a reputation to rebuild and crucially he is not shy of confidence. His predatory approach to attacking is exactly what Stoke have been missing and he'll have plenty to feed off with flashing crosses across the six-yard box. So far, Borja Baston's career in south Wales has been rather iffy, to put it mildly. Signed for a whopping £15m, he registered just one Premier League goal for the club before being farmed out to La Liga on consecutive season-long loan deals to Malaga and Alaves.

He's back with Swansea, though, and after being given a chance to impress at Championship level, he's seizing his opportunity. Four goals in four games has him sitting top of the tree at the time of writing, with his confidence soaring high. Adjusting to life at a higher level often takes time, but clearly Charlton's Lyle Taylor has failed to get the memo.

Lee Bowyer's ​Addicks are finally back in the Championship after an ill-fated spell in the third tier of English football, and they have already shown that they're not prepared to just make up the numbers.

Taylor has been particularly impressive, scoring four times in his opening four games, as well as contributing an assist. His shots on target ratio of 78% shows he'll be a real threat as the seasons unfolds.