​Stoke City are caught in somewhat of a conundrum having changed manager three times in the last two years, and somehow still running into the same problems over and over again.

With the club desperate to get back on track following five games without a win to start the season - not least of all to avoid FFP sanctions - an age-old question has been raised: stick or twist? Jones has at least managed to succeed where many of his predecessors failed in getting the fans on side and behind the team, but at the moment, the results simply aren't there.

One thing is for certain, things have to improve or else those fans will quickly turn on their new saviour. Stoke need to get some results on the board and here are three problems the gaffer must address to start doing that. A polarising topic amongst fans, but ​Stoke should have let Jack Butland leave the club this summer. In fact, they should have made a respectable sale a priority.

Butland has come under fire from fans in the opening fixtures for some sloppy errors that cost goals. Stoke have conceded a staggering 83% of the shots on their goal so far this season, with Butland having just a solitary save to show for. His head is possibly elsewhere with the hangover of a failed summer move and an England career hanging on by a very thin thread.

It's quickly turning into the worst situation imaginable, and Jones needs to get behind his number one now the club he has elected to keep him. Jones must stand by his man and he must get more out of him. 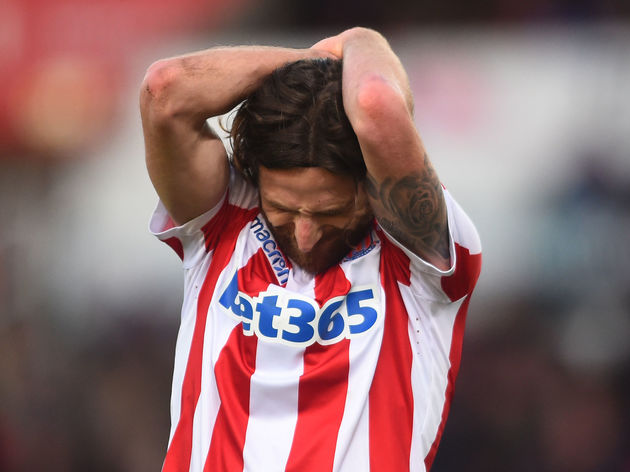 If there's one topic more polarising than Butland amongst the Potters faithful, it's the shape of the team. Jones had a lot of success with a narrow diamond at Luton and this seems to have convinced him that it's the only way forward.

In truth, the diamond is a very fragile formation, particularly the way Stoke play it, any manager worth his money can see the midfield is stretched and the rear flanks are a significant weak point. .

It's a recurrent problem and one that's been made more apparent by the absence of suitable cover on the flanks. Jones trialled the formation to disastrous effect last season but doesn't seem to want to admit it just doesn't suit the squad he has. It's not all been doom and gloom this season, there have been some signs of positive and even attractive play from the side. Jones has said his side has been desperately unlucky to have conceded so many from so few shots, and scored so few from so many shots.

Luck has little to do with it though because a shrewd manager will know the key to beating Stoke is patience. Those statistics flatter to deceive because as mentioned Stoke's play is so often ineffective and the shooting so often wayward.

Any organised defence should be able to weather the storm of Stoke's attack with relative ease. The defensive record of five goals conceded in two games is a worthy one of a sluggish and standoffish side. While the gaffer bemoans how easy it is for other teams to score against his, the lack of pressing employed by the side ultimately falls on him.

Pressing has been a big problem for Stoke in recent years and they're still too often ball watching or backtracking. It's an approach just calling out for sucker-punch that too often catches Stoke square in the jaw.

As the most expensively assembled side in the division, there's no excuse for a lack of energy or conviction. There are bursts of energy but they're few and far between across 90 minutes, Jones needs to get more out of his team to challenge the opposition to adapt instead of riding out the predictable patterns of pressure.