​Arsenal manager Unai Emery has confirmed that the club are working to extend the contracts of star forwards Pierre-Emerick Aubameyang and Alexandre Lacazette.

The two have formed an outstanding partnership in north London since Aubameyang joined from Borussia Dortmund, another club-record deal for the Gunners which came just six months after Lacazette left Lyon for £47m.

Perhaps most excitingly for Arsenal fans is that the two have also formed a strong friendship at Emirates Stadium, and manager Emery has confirmed that the club are working to extend both players contracts in the near future. 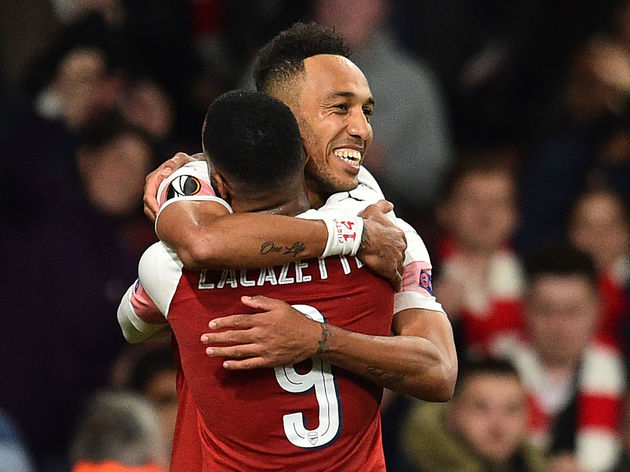 "Edu is here for that reason. There's also Raul [Sanllehi] and Huss [Fahmy], working with the players for that.

"It’s important for them, but my focus is on preparing the matches, each training session and making sure the players are focused and concentrated for us and on the work."

Aubameyang, who has a contract until 2021, finished as the joint-top goalscorer in the Premier League last season, with the 30-year-old sitting alongside Liverpool forward Sadio ManeMohamed Salah

Lacazette, meanwhile, has an extra year on his current deal with the club and was voted as their Player of the Season during the 2018/19 campaign.

Fans will be desperate to see their star pair, along with new club-record signing Burnley