Arsenal Set to Profit From Jeff Reine-Adelaide's Move to Lyon

Arsenal are set to earn themselves a nice windfall following Jeff Reine-Adelaide's big-money move to Lyon.

The Frenchman joined Arsenal in 2015, but failed to make a single senior appearance before being sold to Angers in the summer of 2018. After just one year back in France, the 21-year-old has completed a move to Lyon worth around £25m.​

️ @jreineadelaide: "I am very happy to be here. It's a sporting choice to come to a club with great ambitions and an incredible infrastructure. I like the project a lot." pic.twitter.com/PvYlBOAwqs

According to ​football.london, ​Arsenal inserted a 20% sell-on clause in the deal which took Reine-Adelaide to Angers, so they are set to receive around £5m following his move to Lyon.

The young midfielder managed three goals and three assists in his first season back in France, and continued that trend by grabbing a goal and an assist on his Lyon debut in a 3-1 win over Bordeaux. Arsenal fans may be frustrated to have let him leave, but the additional £5m will certainly help raise spirits.

The Gunners also profited from midfielder Ismael Bennacer's recent move to ​AC Milan, with Arsenal thought that have negotiated a 30% sell-on clause when they sold him to Empoli back in 2017.

Bennacer's switch to San Siro was worth around €16m, meaning Arsenal will have pocketed around €4.8m as a result of their sell-on clause. 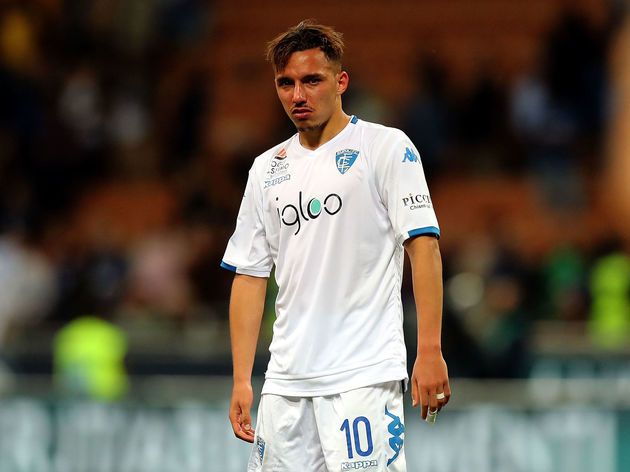 The additional funds could be used to boost Arsenal's January transfer budget, but will likely just be used to help balance the books following a busy summer which saw the likes of Nicolas Pepe and Kieran Tierney head to the Emirates Stadium.

The £32m sale of Alex Iwobi to ​Everton will have also helped out, meaning Arsenal may be able to afford to bring in a number of new signings once the winter transfer window opens.