Napoli reportedly turned down a whopping €90m bid from Manchester for defender Kalidou Koulibaly before the end of the English transfer window.

Unitedhad been courting a new centre back throughout the summer after a season in which their defensive inefficiencies shone through, with Matthijs de Ligt, Koulibaly and Harry Maguire all on their shortlist at various times. 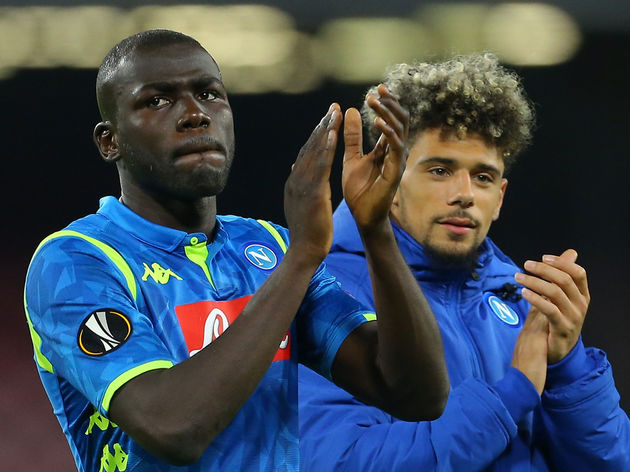 Ultimately, the Red Devils opted for the Englishman in an arrangement worth around £80m from Leicester, but not before they had attempted to get a deal over the line for the talented Senegalese international.

According to a report from Corriere dello Sport, as relayed by Calciomercato, Ole Gunnar Solskjaer's side had a late charge for Koulibaly, to the tune of £83m, turned down by the Partenopei, prompting them to finally make the long-mooted move for Maguire.

It is unsurprising that Napoli would turn such a bid down, with club president Aurelio de Laurentiis later declaring that he deemed his centre half was worth three times the amount of the Leicester man.

Speaking in an exclusive interview with ESPN, the president explained: "He has a clause of £150m. But, for example, in England, they paid £85m for a player [Maguire]. In Napoli, I would pay £30-£35m. With that in mind, I think Koulibaly's value is £250m if they paid that much for that guy."

It didn't take Daniel James long to get off the mark at United, but who was the quickest on their United debut?

And, speaking on why there is this disparity, he suggested: "The problem of the super cost of the players is due to England. In England, they gross more money than in France, Spain, Italy and Germany.

"If a club grosses £800m, they have no problem to offer around £80m, £90m, £100m for one player. There is not a real good and fair competition between England and the other countries."