Football is well and truly back, with Arsenal kicking off their 2019/20 Premier League campaign with a win away at Newcastle and then a comfortable home win over Burnley.

The north London side's impressive start to the season is no real surprise, as they enjoyed a strong transfer window, strengthening in all areas of the pitch.

Despite the transfer window having closed in England, it remains open until different times across Europe.

And with a number of players' futures up in the air, we take a look at some potential outgoings that could still happen. Perhaps the most obvious potential departure is that of Mustafi. The German has struggled since he moved to north London, both on and off the pitch. His performances have drawn major criticism from ​Arsenal fans, who are more than keen to see the back of him.

And itt appears as though Unai Emery agrees. He ​recently confirmed that the defender can still leave the club this month. Mustafi was part of a defence that shipped goals at will last term, conceding 51 in the league - which only adds to the scrutiny on his performances.

The club also brought in David Luiz from Chelsea on deadline day, pushing Mustafi even further down the pecking order. It seems clear that the Germans future lies elsewhere, but time is running out to find a new club. Ozil's future has been one of the longest running stories of the summer, with the German seemingly set to leave in the not too distant future.

The playmaker's future has recently been put to one side due to the ​recent concerns over his and teammate Sead Kolasinac's safety. The pair were involved in a car-jacking attempt, and were subsequently not risked against Newcastle on the opening weekend.

These horrific events must be put into perspective, and it would be no surprise to see Ozil depart north London. His future was uncertain before as Emery often opted to leave him out, but it has now become a case of where the player could envisage himself living.

Ozil has ​recently been linked with DC United, and the two sides have held a meeting regarding a possible deal. The Egyptian was believed to be put up for sale back in January, with Emery seemingly not keen on retaining his services. He made just the five starts last season, and was often overlooked even when injuries began to mount. 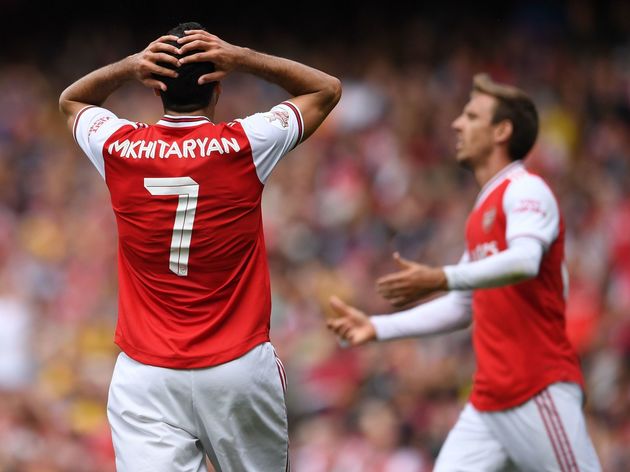 A player who hasn't necessarily been heavily linked with a move away from the Gunners, but it would be a move that could be beneficial for both.

Mkhitaryan has struggled to truly settle in at Arsenal, following his swap move involving Alexis Sanchez. Injuries and form have restricted him to limited time on the pitch, and Emery has often overlooked him even when he is fit.

On the opening weekend, the Armenian had a series of golden opportunities to find the back of the net, but he skewed each one. His frowning and gesturing, combined with his lack of intensity, leads one to believe that he was clearly unhappy about something.

His performance was picked up on, with Arsenal legend Nigel ​via football.london summer. It's fair to say the Spaniard is in the twilight years of his career, and will only see fewer opportunities this season once new signing Kieran Tierney becomes available.

According to Catalan newspaper ​Mundo Deportivo, interest has been shown by Real Sociedad. Although the 33-year-old admitted that he sees his future at Arsenal, this was prior to the singing of Tierney - and he may now be considering Sociedad's offer. He has proven a valuable member for the Gunners, but they risk the possibility of losing him for nothing next summer.