​Paul Pogba’s older brother Mathias has insisted that the Manchester United midfielder is still ‘waiting’ to join Real Madrid during an appearance on Spanish television and has claimed that a move from Old Trafford to the Bernabeu before 2 September cannot be ruled out.

Pogba has been heavily linked with Real Madrid all summer and a move to the Spanish capital to play under Zinedine Zidane is thought to be his dream. But United resisted Real’s advances, putting a prohibitive and non-negotiable price tag on the head of the 2018 World Cup winner. It has since been rumoured that even meeting that figure would no longer be enough because the Premier League transfer window has already closed.

Pogba sparked fresh doubt over his United future with ambiguous comments to French media in the wake of last weekend’s 4-0 Premier League win over Chelsea. But he has maintained an admirable professionalism since admitting in June he would be interested in a ‘new challenge’.

The 26-year-old appears to have accepted that his place will be in Manchester this season. But Mathias has now ensured that the speculation will continue to rage until the Spanish transfer deadline by allowing El Chiringuito to use him to stir the pot.

Mathias, who joined Madrid-based club Manchego in Spain’s fourth division in July, acknowledged that time is against Los Blancos, but insisted that club president Florentino Perez ‘can get [Paul]’.

“Zidane is one of the greats and I think that if the club give him what he wants, he won’t have a problem, but if they don’t give it to him, he’s going to have a hard time because what he wants is not going to happen, because right now it’s a little late,” the elder Pogba said – via Goal.

"They are missing my brother and I think he needs another midfielder. Of course, Florentino can get him, nothing is impossible in life. I don’t think he’s worth €200m, but now the football world is like that, Manchester are going to ask for a lot, but not €200m.

“It’s a delicate situation but the player has his personal goals, if you have to leave, well, that’s it.

“I can’t assure you that he is going to stay at United. We know he wanted to move, but he’s not to blame. He’s waiting. He works hard and we’ll see what happens. In football, you never know. Until 2 September everything can happen. My brother’s dream is to win the Champions League.”

But, in a relief to United fans, Mathias also insisted that his brother will not act like Neymar in a bid to force a move. He insisted that Pogba is a ‘professional’ and ‘as long as he does not sign for another club, he will do his best’. 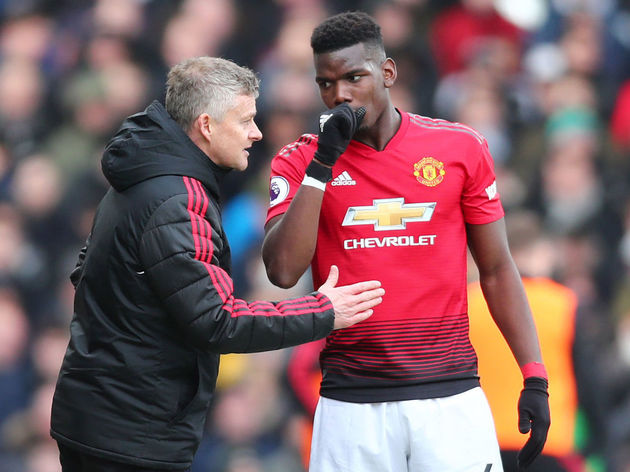 Marca has claimed that Pogba is ‘still desperate to leave’ United, although the player is said to be aware that it will take a ‘miracle’ for him to seal a Real move this summer.