Leeds United – Take Us Home: What to Expect From New Amazon Prime Documentary

There's never too much football content, is there? Not only do we have the new season starting (!!) this month, Friday sees the release of new Amazon Prime documentary ​Take Us Home, a six-parter focusing on Leeds United's 2018/19 season as they aimed to make it back to the Premier League for the first time in 15 years. ​

We (​Chris Deeley, 90min content editor and ​Ben Haines, 90min creative director) had a little sit-down to watch the first episode of the series ahead of this week's release, and had a natter afterwards about what we thought.

Chris: Have you heard Russell Crowe speak? Sit back and let his deep, calming voice take you all the way through the introduction while your eyes lazily scan the panning shots...delightful.

Some people might balk at the club commentary running over the match highlights, but speaking as someone who's spent a whole lot of time listening to his non-​Premier League club's local radio commentary? There's something very earthy and real about it. It's very cozy.

Ben: The way people talk about Bielsa makes hairs stand up on the back of your neck. The moment that he's introduced, you'll get the buzz. Seeing players talking about weighing in before training, Bielsa sitting on a bucket and him getting irate in training over minute detail give you a good idea of what we're in for over these six episodes.

What else will you love? The ​Leeds fans. As with any series about a football club, it's usually the fans you'll fall in love with – but they're also the people who seem to suffer the most. It's almost crushing watching the first episode knowing what the supporters will go through, but at the same time you get the impression you won't be able to take your eyes off then. Finally, as you would expect, it's beautifully shot. You see everything with doe-eyes and soft focus. It's romantically shot, even training shots give you major football envy and make you want to get your boots on and go and play... probably to find that you're still unfit, still bang average and that Sunday league pitches are still horrible. Ah well.

What Will Challenge You

Ben: You can already feel it...there will be a particular episode we're all watching out for. Ander Herrera, who worked with Bielsa at Athletic, is interviewed at one point and says Bielsa wants honesty. That he hates cheating. Get that moral compass ready for 'Spygate'.

My attention was also grabbed by the owner Andrea Radrizzani, it'll be interesting to see how close we get to his inner circle. Often with club documentaries there tends to be a reluctance to let the audience too far in, but it seems as though Radrizzani is incredibly candid and open from episode one, fingers crossed that will continue! 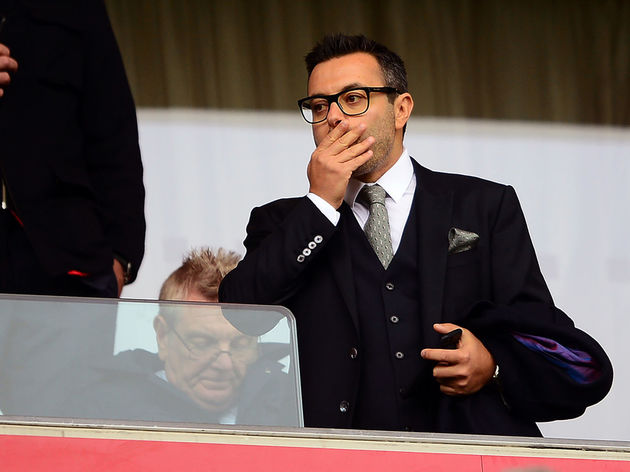 Chris: Hey, here's a thing. This documentary is being put out with Eleven Studios – Eleven Sports' production company. Who owns Eleven Sports? Yeah, it's Andrea Radrizzani. Remember how Man City's All or Nothing was accused of...shall we say, skating over some less positive moments?

It's going to be interesting to see how the documentary deals with the unavoidable storylines – failure to get promoted (spoiler!), Spygate, Kiko Casilla's playoff meltdown et al.

Oh, and the players are shirtless a bunch, and that's not fair at all. Ab envy ago-go.

What to Watch Out for

Ben: Straight from the start, the theme tune, Damaged Goods by Gang of Four is brilliant. Beyond that, well, there's two huge moments in particular coming up. Spygate (of course) followed by the infamous Aston Villa game, where Bielsa instructed his side to allow Villa to score after the not-quite-sporting Leeds opener. It'll be fab to watch how all the drama with Bielsa unfolded from an insider perspective. Personally I can't wait to see the ups and downs of the chase for promotion. Fingers crossed the series continues as strongly as it started!

Chris: Am I particularly bothered about how the owner comes across in a documentary made by a company he owns? I am not. Am I absolutely buzzing to see little bits and pieces of legitimate football genius Marcelo Bielsa in training and behind the scenes? I am.

Am I looking forward to Russell Crowe's voice talking me through some cracking on-pitch highlights? Yes. Watching the emotions of the fans? Absolutely. Bring it on.

​Watch Take Us Home on Amazon Prime Video from this Friday