Borussia Dortmund kick off their Bundesliga campaign on Saturday, as they host Augsburg at the Signal Iduna Park.

Dortmund are vying to reclaim the BuLi title after losing out on last season's title by two points to Bayern Munich. Their season has already started well, with the Schwarzgelben progressing in the DFB-Pokal and winning the Supercup against Bayern at the start of August.

Augsburg are in a far more challenging situation, having avoided relegation by four points at the end of last season. The new season also couldn't have started any worse for them, as they were knocked out of the DFB-Pokal in the first round by fourth tier SC Verl.

Here's our preview of this one. 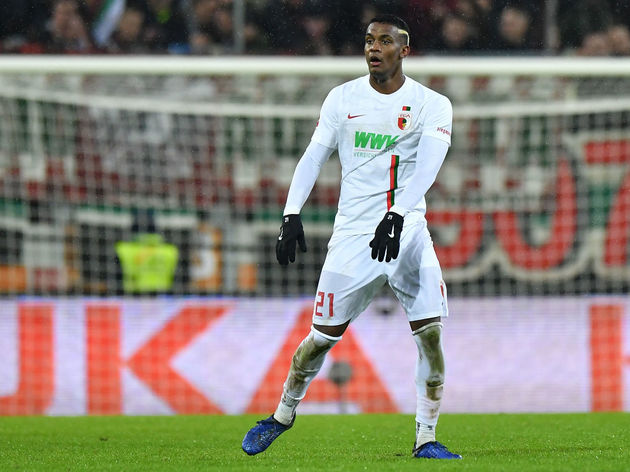 ​​Borussia Dortmund's most notable absentee for their ​Bundesliga opener will be Raphael Guerreiro, who is sidelined with a muscle injury. Patrick Osterhage, Mateu Morey and Luca Unbehaun are also all out, while Julian Brandt may miss out due to a lack of match fitness.

Augsburg have a long list of absentees, with six players ruled out of Saturday's clash. Sergio Cordova, Jeffrey Gouweleeuw, Felix Gotze, Iago, Jan Moravek and Noah Sarenren Bazee will all miss out through injury, while Alfred Finnbogason, Ruben Vargas and Philipp Max are doubts. With Augsburg only making their Bundesliga debut in 2011, they have only faced Dortmund on 17 occasions. BVB have a far superior record, winning ten times in comparison to Augsburg's two victories since their first encounter in October 2011.

After Dortmund edged out a seven-goal thriller last October, Augsburg prevailed in their most recent battle. A Ji Dong-won brace was enough for the Fuggerstädter back in March, and although Paco Alcacer scored a late goal it was a mere consolation as Augsburg won 2-1.

That result ended a run of eight meetings without a win for Augsburg, with their previous win over Dortmund coming in February 2015. Dortmund are unbeaten in the last four encounters at the Signal Iduna Park, though BVB haven't kept a league clean sheet against them since 2013. Borussia Dortmund have been on fire, picking up the domestic season where they left off in pre-season. BVB have yet to concede after their Supercup victory and progression in the DFB-Pokal, scoring 18 goals in their last five games and conceding just twice.

On the other hand, Augsburg's fortunes couldn't be more different. An embarrassing early cup exit means that they have lost three consecutive games, as well as conceding 12 goals in their last four fixtures as they prepare to face one of the best attacking sides in Europe. Both sides will be aiming to start their league season well, with Dortmund beginning their third domestic competition of the season. The fortunes of the two sides could not be more contrasting, with BVB in fine form while Augsburg seem to be once again struggling.

With more game time in the competitive season and their fantastic form over the last few games, Dortmund should cruise to victory at the Signal Iduna Park. Augsburg don't look strong enough, while the Schwarzgelben's young guns are raring to go as they begin their Bundesliga pursuit.