Cristiano Ronaldo has hinted that he sees himself as a better player than Lionel Messi thanks to his history of winning trophies at a number of different clubs – including Champions League titles with Manchester United and Real Madrid.

Now plying his trade with Juventus, Ronaldo has spread his career across spells Manchester UnitedReal Madrid.

The wait is over. ⏰⁣
⁣
Featuring @Cristiano, @neymarjr and José Mourinho, The Making Of is a nine-part series reliving the significant games that helped define the careers of three modern football icons. ⁣
⁣
Watch now, on DAZN, in  pic.twitter.com/YSvY9JbzaX

During that time, the 34-year-old international has secured ​Messi

“The difference with Messi is that I played for several clubs and won the Champions League with different clubs,” said Ronaldo in his DAZN documentary ‘The Making Of’, via the ​Mirror.

Currently, ​Ronaldo is has the upper hand on Messi in terms of Champions League successes, with the 32-year-old one behind on four titles in the competition. 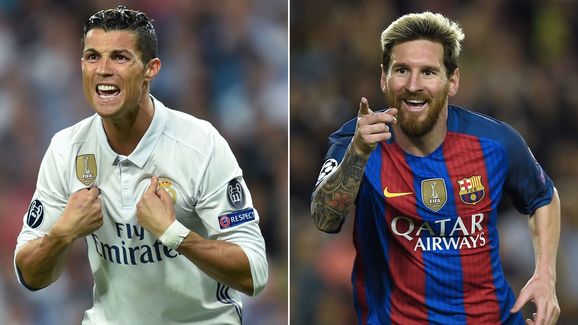 Undoubtedly one of the finest players to grace the game, in any era, Ronaldo still took time to heap praise on his former ​La Liga rival, with the pair spending nine seasons battling it out against each other when at ​Madrid and ​Barcelona respectively.

He added: "Messi is an excellent player who will be remembered not just for his Ballon d’Or wins, but also for having improved – like me – year after year."