Liverpool travel to St. Mary's Stadium to face Southampton for their second match of the new Premier League season.

The Reds secured the UEFA Super Cup on Wednesday evening with an exhausting penalty shootout victory over Chelsea in Istanbul, Sadio Mane grabbing a double in a 2-2 draw as Jurgen Klopp delivered another European trophy to the Anfield faithful. That midweek triumph continued the side's impressive beginning to the 2019/20 campaign after they powered past ​Norwich City 4-1 in the league curtain-raiser on Friday. Conversely, opponents ​Southampton endured a frustrating start to the year as they suffered a 3-0 humbling by ​Burnley at Turf Moor.

Here is 90min's preview of the ​clash on the coast.

Tickets for the game are, as ever, available on both team's official club websites, though membership is required in order to purchase. In terms of resale, both teams provide the option to make season tickets available for others to use, if a supporter is unable to attend the game themselves.

Klopp will be without first-choice goalkeeper Alisson, who will be sidelined for a number of weeks after damaging his calf in the win over Norwich. He is further deprived of defensive reinforcements by the absence of both Dejan Lovren and Nathaniel Clyne.

The Croatian centre-back has been recovering from an illness, whilst his teammate will be out of action until deep into 2020 having torn his anterior cruciate ligament during pre-season. Naby Keita, meanwhile, faces a race against time to be fit for the Saints encounter after hobbling off in training this week. 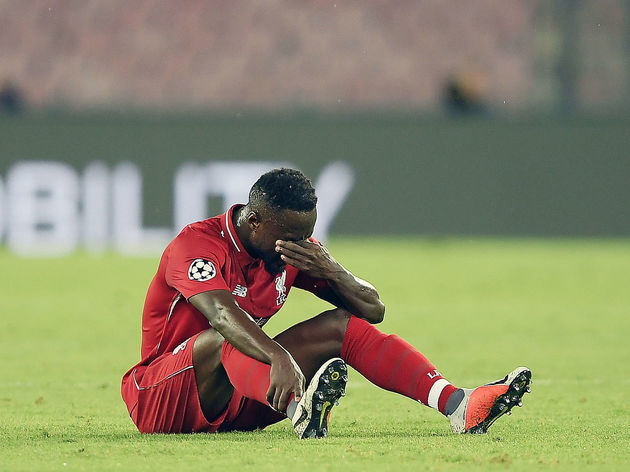 Ralph Hasenhuttl has all of his senior personnel available for Saturday, with young striker Michael Obafemi returning from injury against Burnley having missed the closing months of last campaign.

A scintillating game took place between these two in April, ​Liverpool overturning an early deficit to leave the south coast with all three points. Though the result ultimately proved inconsequential to the destiny of the ​Premier League title, the victory showed the Merseysiders' resolve and unwavering self-belief.

Shane Long had given Saints an unexpected lead before Keita levelled matters as the first-half drew to a close. The Reds went hammer and tongs in their efforts to find a second, though their hosts were able to hold off the onslaught until the final 10 minutes of the clash.

A brief moment of respite for Southampton came as they earned themselves a corner and chose to load the opposition box. That decision was an error, with Liverpool breaking up-field at lightning speed to set up Mo Salah, who duly rounded off a fearsome counter-attack.

Captain Jordan Henderson added another soon after to hand his side a fourth straight victory over the seasiders.

Hasenhuttl's men have only beaten the Reds once in the league since September 2013, although they have collected a total of 30 wins over the course of history.

Southampton remain on zero points in the table having lost to the Clarets in their first match of the season. They were by no means a shambles during the defeat, yet there are clear areas for their coach to work on if they are to avoid being dragged into another relegation dogfight.

Hasenhuttl was able to get a tune out of the squad during the second half of last term after being brought in to replace Mark Hughes over the Christmas period. The 52-year-old is held in high regard in his native Germany and has demonstrated his managerial capabilities in 2019, meaning he should be able to get the Saints firing on all cylinders once more. Klopp has no such concerns; his rampant Reds outfit appear to have picked up where they left off in May, via a patchy period in pre-season. They have been slick and sharp in matches against ​Manchester City, Norwich and ​Chelsea, suggesting they will mount another challenge for that elusive Premier League title.

Despite failing to beat the Blues over the course of 120 minutes, the reigning European champions showed an impressive mindset to wrestle momentum from their opponents when the game appeared to be slipping out of their control.

Defensive frailties were exposed in Turkey and those issues will certainly be worked on in training. However, Klopp must surely be pleased with the depth of his squad having selected many of his second-string players against the Londoners.

Here's a look at the last five results for either side:

The Saints are no pushovers, regardless of what their poor performance away to Burnley would suggest. Hasenhuttl has won eight of his 26 games in charge and drawn a further seven, a marked improvement on the record of his predecessors.

Nevertheless, this a stern test and his squad will do well to avoid a second successive loss. In order to take points of the Reds, they must show rigid defensive organisation, whilst also offering a genuine threat to their opponents. Che Adams will help with the latter, as will last year's standout player Nathan Redmond. Regrettably, the central defence appears to lack the pace to deal with Liverpool's electric frontline.

The attacking trident of Salah, Roberto Firmino and Mane should be able to pick apart Hasenhuttl's backline and secure another victory for their supporters to celebrate. It may not be comfortable, however, with their midweek commitments no doubt sapping energy.