That's right, over here in England everyone has already got their new kits adorned with their club's newest additions and everyone's fantasy football teams are in full swing. However, in mainland Europe there are plenty of leagues that still have time to chop and change their squads, and, as a sneak preview, some Premier League stars may very well still leave these shores.

Brace yourselves, as #thegoss isn't laying down the baton quite yet. One man's rubbish is another man's treasure, as they say.

In this case the rubbish in question is ​Chelsea midfielder Bakayoko, who flopped so hard during his first season in English football he proceeded to spend the entirety of the following campaign tucked away in Italy on a season-long loan.

His spell with Inter clearly did him some favours, as former side Monaco are interested in bringing the Frenchman back to the Ligue 1 outfit according to L'Equipe. The French publication, (via ​GFFN) state that an initial loan move is being mooted and a possible deal is 'credible', although no further details have actually been mentioned.

I can hear Frank Lampard's fingers crossing from here. From one Blues outcast to another. This time, the interest is coming from Roma, and the player in question is forward Batshuayi.

The ​Serie A outfit have asked about the Belgian's availability claims ​Gianluca Di Marzio, with Lampard clearly more keen on one of either Tammy Abraham or Olivier Giroud to lead the line this season. With Edin Dzeko's future still undecided, it is added by the Sky Sports journalist that regardless of what happens to the Bosnian, Roma will remain keen securing the striker, whether that's a loan or not.

Chelsea do realise they can't sign anyone, don't they? 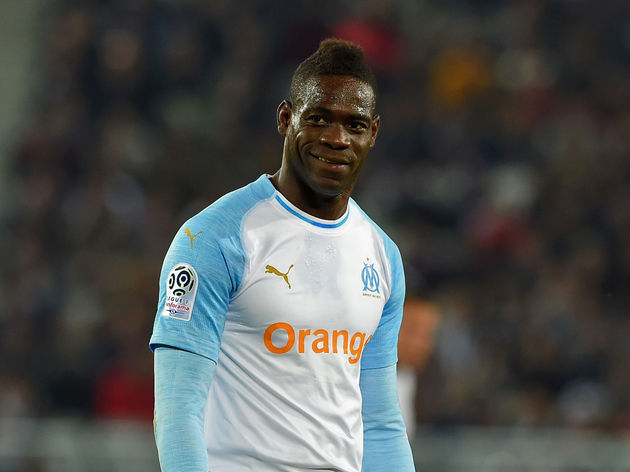 With two monster of world football vying for his signature in shape of Flamengo and Brescia, the mercurial figure of Balotelli has opted to return to Italian football with his hometown club.

Yes that's right, Serie A beckons for the former ​Manchester City forward once again after agreeing a three-year deal worth ​Fabrizio Romano Handsome devil and all round pretty nice bloke Llorente looks set to continue his career abroad with his futile attempts to overthrow ​Harry Kane from the starting XI at ​Tottenham remaining...futile.

Nah, who are we kidding? He was never going to usurp the Englishman, but at 34 years old he has still shown he can bang a few in, which is why Lazio, Napoli, Roma and Fiorentina are all keeping tabs on the Spanish striker whose contract in north London expired this summer.

Now, the ​Mail claim the free agent has his pick of where to go, although ​Corriere dello Sport state that Lazio have could sanction a move for him with Llorente wanting a three-year deal. If you were a betting man, you'd probably place your stake on that move, because let's be honest, at 34, if a three-year deal is offered he'd be a fool not to take it. Oh yes, the Turkish media. Their With both player and club locked in negotiations to extend the Portuguese's contract beyond 2020, ​Borussia Dortmund