Speculation about a sensational Neymar return to Camp Nou just two years after leaving in a controversial €222m world record transfer has dominated the summer, with gossip linking the Brazilian with a move to Real Madrid emerging more recently. Barcelona-based publication Mundo Deportivo (MD) appears confident that the Neymar saga will be ‘resolved’ on Thursday night when Barça president Josep Maria Bartomeu and PSG counterpart Nasser Al Khelaifi meet face to face on the eve of the ECA event.

MD labels that meeting as ‘decisive’. This is after a Barça delegation of Eric Abidal, Javier Bordas and Andre Cury met with PSG sporting director Leonardo and assistant Angelo Castellazzi on Tuesday, the first formal contact. 'Super-agent' Pini Zahavi was also there.

Le Parisien notes that Tuesday’s meeting lasted for three hours and did not yield an agreement between the two sides. The discussions served to underline Neymar’s preference for Barcelona over Real Madrid, while the main purpose of the negotiations is said to have been to identify a player in addition to Philippe Coutinho who could go to PSG in part-exchange. ESPN writes that Barcelona are willing to offer €100m plus Coutinho and Ivan Rakitic, but PSG would prefer Portuguese right-back Nelson Semedo as the second makeweight. An initial €60m plus Coutinho offer is believed to have been swiftly rejected by PSG, who remain intent on a deal that matches their €222m outlay of two summers ago.

The Daily Mail suggests that €100m plus Coutinho, Rakitic and Semedo might be what clinches it, implying if Bartomeu were to offer that to Al Khelaifi on Thursday night the saga might well be ‘resolved’ as MD optimistically predicts.

There remain issues, however, as the Mail report notes that Barcelona do not want to include Semedo, while Rakitic is not keen on leaving after recently purchasing a new home. 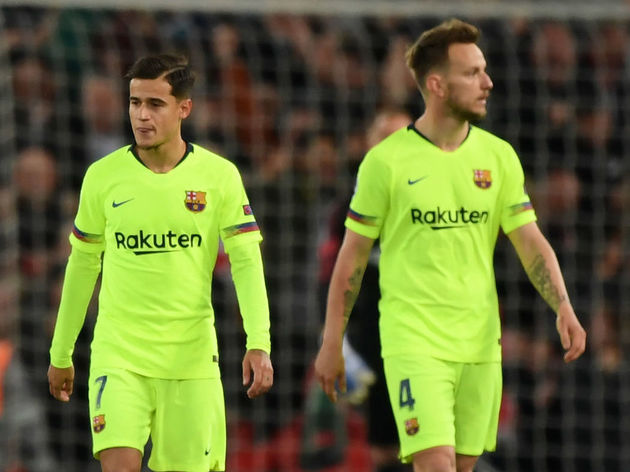 At this moment in time, 48 hours to make the breakthrough seems a little too optimistic.