Leicester manager Brendan Rodgers has revealed that Demarai Gray's omission from the squad to face Wolves on the opening day of the season was not injury related.

The 23-year-old spent a chunk of his summer away with Aidy Boothroyd's England Under-21 squad, but he was unable to help the young Three Lions progress beyond the group stage of the European Championships. 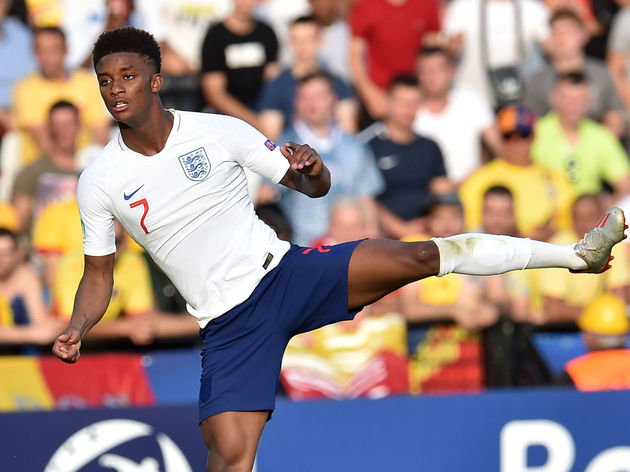 He has become a prominent figure in the Foxes' side over the past few Premier League seasons, but was omitted from the matchday squad against Nuno Espirito Santo's Wolves, leaving many to wonder whether or not he was injured.

But Leicester boss Rodgers, who took charge at King Power Stadium earlier this year, has revealed that Gray was left out because of strong competition for places, rather than any knock picked up in pre-season.

​"It's going to be a very competitive squad and he was unfortunate because he has worked well over the course of pre-season," Rodgers said, as quoted by ​Leicester Mercury.

"But now there is a challenge which is what we want. We need competition if we are going to improve as a squad and as a team.

"And it's unfortunate for a player of his quality that he hasn't been on the bench, but he will give the right reaction. He knows what he needs to work on. I have spoken to him and he will continue to work and to fight for a place."

Gray has made 105 ​Premier League appearances for ​Leicester since joining from Birmingham four years ago, and has also represented England Under-21s an impressive 26 times - notching eight goals in that time.

He will hope to force his way into the Foxes' plans over the coming weeks, but must oust the likes of James Maddison, Harvey Barnes, Ayoze Perez and Marc Albrighton among others to earn a regular place in the side.