Liverpool manager Jurgen Klopp has admitted that he will need to wrap goalkeeper Adrian up in cotton wool, while Alisson recovers from the calf injury he picked up on the opening day of the season.

The Brazilian number one, who won the Copa America this summer, was taken off just before half-time against Norwich, falling awkwardly after attempting to clear the ball in front of the Kop end.

He was replaced in goal by summer signing Adrian, with the Spaniard only arriving to replace Simon Mignolet at Anfield just days before the new campaign began. 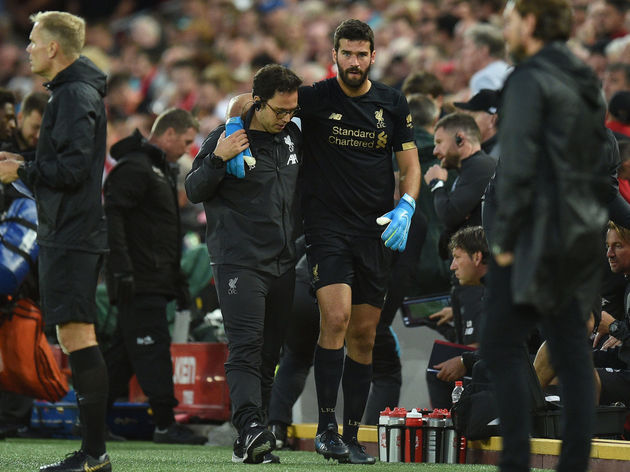 The former West Ham stopper, who was released in the summer after falling behind Lukasz Fabianski in the Hammers pecking order, now faces an extended run in goal for ​Liverpool - and Klopp has admitted to ​Liverpool's official website that he must protect Adrian and ensure that he is well looked after.

“I’m not worried at all about how he will do it in the long term, but in the short term the problem is just that he came here with no club when we signed him. We don’t have to talk too much about it, that’s what the experience is for.

“He looked very good and very sharp from the first session he had with us but of course now we need to be careful [and] pack him in cotton wool pretty much.

“We cannot now do the hardest training with him every day and stuff like this, we have to make him match fit every day, that’s how it is. So that’s what we try and then he will be fine.

“He’s a really, really good goalie and a really good person and since he was in he looked really well, and that’s it.”

Adrian's next appearance is likely to come in the UEFA Super Cup clash with Chelsea - a fixture pitting the winners of last season's ​Champions League and Europa League against one another in search of European superiority.