​Following Sunday's crushing 4-0 defeat to Manchester United, there have already been calls for new Chelsea manager Frank Lampard to drop many of his young players and call up the old guard.

Former Blues manager Jose Mourinho, who was making his punditry debut for Sky Sports, was particularly critical of Lampard's decision to play inexperienced duo Mason Mount and Tammy Abraham, ahead of more tried and tested players like ​Olivier Giroud.

His comments, you might say, are a little ironic given the fact he was dismissed from his last job for failing to move with the times, sticking with what he knew - an outdated, mundane brand of football. Given the Chelsea hierarchy's ruthless reputation for sacking managers that fail to produce results, it could be tempting for Lampard to succumb to this pressure and drop his talented, yet unproven, youngsters in the hope that his older players will produce results.

But there were may factors he should consider before making such a knee-jerk decision.

Chelsea's transfer ban has put Lampard in a difficult position, leaving the club unable to upgrade their squad. The cupboard is looking particularly bare at centre-back - even more so after the loss of David Luiz, who joined Arsenal for £8m on deadline day.

Because of that, there is no doubt that in the short-term, the inability of the west Londoners to sign players will significantly impair their chances of winning silverware.

In the long-run, however, the opportunity that the ban will grant players such as Abraham and Mount may prove extremely beneficial to both the players and the club's future. It is a damning indictment of both the club's senior management and many former coaches that, despite Chelsea's academy side enjoying considerable success, having won six out of the last seven FA Youth Cups, very few of those players have gone on to consistently represent the first team.

But the transfer ban has seemingly changed this, with Mount and Abraham, along with fellow academy graduates Callum Hudson-Odoi, ​Ruben Loftus-Cheek and Reece James - who are all currently injured - representing the first tangible proof of the Chelsea academy's success in developing young players and transitioning them to the first team.

Mount in particular was impressive throughout Chelsea's pre-season campaign, scoring three goals and with Lampard himself saying (via the ​Mail) that he "couldn't ask for more from what Mason has done."

This transfer ban gives Lampard and Chelsea a chance to afford these young players an extended run in the first team, and hopefully they will develop and improve with their increased exposure to Premier League football. 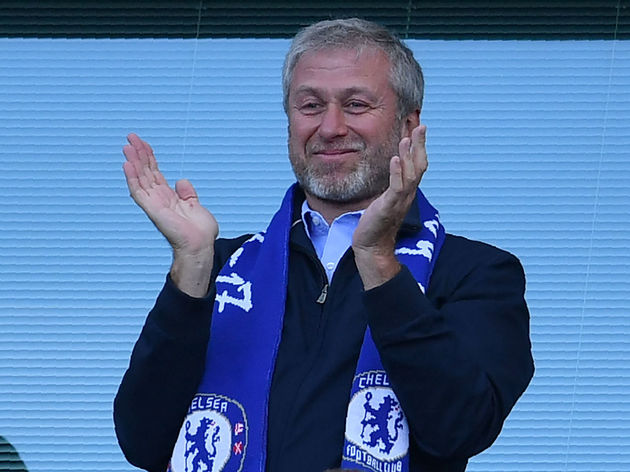 Sometimes it will not be pretty, and it will certainly take time but Chelsea fans, and more importantly owner Roman Abramovich, and the Chelsea board, will need to be patient and give their new manager and his young starlets a chance.

squad. The hope must be that the goodwill that comes with being arguably the club's greatest ever player will grant Lampard some time to mould his young players into a winning, progressive side.

It remains to be seen whether this promise will hold true if Chelsea are in dire straits come Christmas, but at least it shows that the club recognise the need to change things; particularly with the Blues' inability to bring in anyone new.

Frank Lampard spoke to us after yesterday's defeat in Manchester... pic.twitter.com/Jzb9G8rSnC

In return for this faith from the club, Lampard must stick with his young players, blooding them against top quality opposition. This experience will prove invaluable and will lead to them becoming better players in the future, particularly if Lampard remains in charge for a long period of time.