Manchester City: Picking an Ultimate Rest of the Premier League XI to (Maybe) Topple the Citizens

​It doesn't take a genius to figure out that the current Manchester City side is exceptional. In recent years, they have dominated the Premier League, with only Liverpool even close to rivalling them.

David Moyes clearly believes that as well, even going so far as to claim on ​talkSPORT that a side made up of the Premier League's best of the rest wouldn't be able to match up against the champions. Is that so?

Here's an all-star Premier League lineup who would give City a real run for their money. 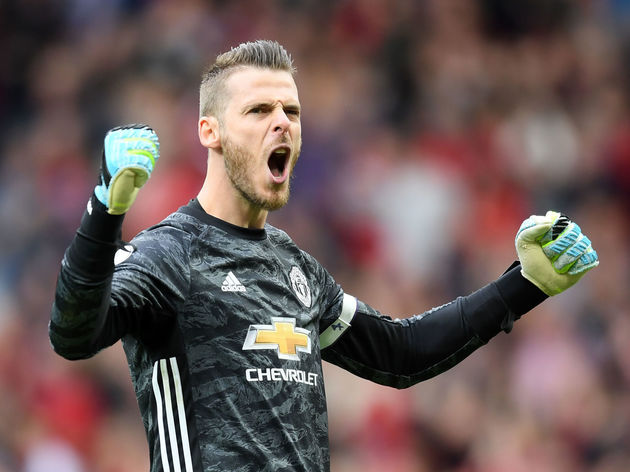 David de Gea (GK) - Given ​City can create chances with ease, we're going to need one of the best shot-stoppers in the game. ​De Gea has proven to be just that during his time with ​Manchester United, and his ability to pull off stunning saves in the blink of an eye would be crucial to beating the Citizens.

Trent Alexander-Arnold (RB) - ​Alexander-Arnold would need to step up his game defensively, but it's what he can offer going forward that gets him into this team. The 20-year-old's crossing is sublime, and he would be able to unlock City's resolute defence.

Virgil van Dijk (CB) - If anyone can contain City, it's surely going to be Van Dijk, who has proven to be one of the world's finest centre-backs since joining ​Liverpool. Dribbling past him is easier said than done and Van Dijk would undoubtedly be key to success here.

Harry Maguire (CB) - ​Maguire's emergence as a complete defender sees him earn a place on this list. He's tall and powerful, so would certainly subdue any aerial threat from City, but he's also good on the ball and could get this all-star lineup moving forward at pace, which has often proven to be City's downfall.

Andy Robertson (LB) - Like Alexander-Arnold, Robertson's abilities in attack would be key. The Scot can fly down the left wing and pick out a picture-perfect ball into the box, which would certainly leave City worried at the back. 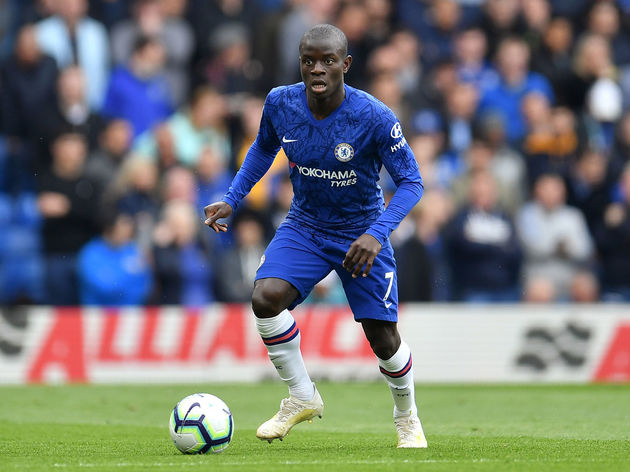 N'Golo Kante (CM) - With so many intricate technicians in the City side, we're going to need a defensive anchor, and who better than ​Kante? The ​Chelsea star can sprint around the pitch and recover possession against even the best opponents, and he is also composed enough to get the team moving in the opposition direction as well.

Paul Pogba (CM) - ​Pogba's physicality would be huge against the Citizens, but he is far more than just a powerhouse. With the ability to ghost past defenders with ease, Pogba could fly past anyone in the City team, and he's good enough to create plenty of goals and assists for his team.

Christian Eriksen (CM) - City have been so tough to break down in recent years, so somebody with ​Eriksen's vision and passing range would be essential. The ​Tottenham Hotspur man sees things which most cannot, and he's technically gifted enough to pull the strings with ease in midfield. Mohamed Salah (RW) - Containing ​Salah is one of the toughest tasks on the planet these days. The Egyptian is an elite finisher in the box, and his ability to run at City's defence with pace would terrorise the likes of Oleksandr Zinchenko or ​Benjamin Mendy.

Harry Kane (ST) - Even if this all-star lineup can't create too many chances, we'll need someone who needs just one to score, and that has to be ​Kane. Regardless of where he is on the pitch, Kane can always threaten to score, and one loose ball in the penalty area is all he needs to make the difference.

Sadio Mane (LW) -​ Keeping up the Liverpool theme on the wings, ​Mane brings a very similar game to Salah, just on the other side of the pitch. He can drift inside and wreak havoc on City's defenders, and he's capable of creating something out of nothing.