The current Premier League sides have some serious firepower on show, with a number of forwards putting up historically great numbers.

And with another season of football now underway, this is a good time to examine how the current stars compare in the rankings for the highest goalscorers after 50 ​Premier League appearances.

So here it is; the eight top scorers after 50 games. The former Chelsea striker's Premier League career what somewhat short-lived, ​having spent three years at the London club between 2014 and 2017.

However, he certainly made significant impact during his time there, his impressive goal-scoring form playing a key part in that period of success, with the Blues winning two league titles in three years. 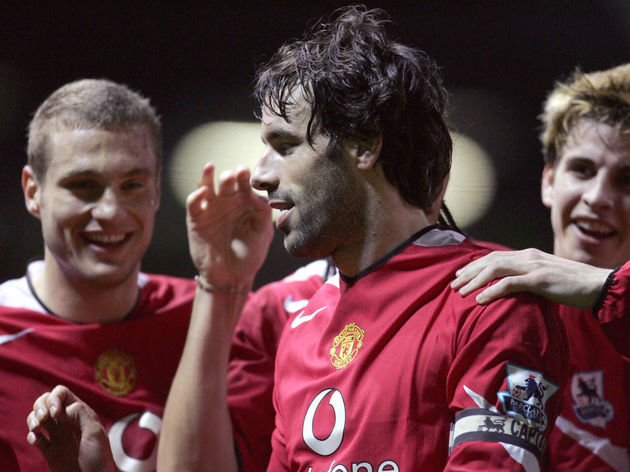 Manchester United have had a myriad of world class strikers on their books over the years, so many that it's easy to forget how impressive some of them truly were.

With the likes of Wayne Rooney, Eric Cantona, current manager Ole Gunnar Solskjaer and plenty more to compete with, Dutchman Van Nistelrooy can easily claim to be one of the best.

Matching Diego Costa's 31 goals in his opening 50 games, Van Nistelrooy went on to make a 150 appearances and score an equally impressive 95 goals for the Red Devils. The latest addition to this list, Aubameyang kick started his and Arsenal's 2019/20 campaign in style last weekend.

While the Gunners' 1-0 victory away to Steve Bruce's Newcastle United wasn't the most entertaining encounter for the neutral, it's one the Gabonese striker will remember for the rest of his life.

His winner sent his tally of Premier League goals to 33, putting him level with the next household name to be included in this star-studded list. It's safe to say the former Spain international had a pretty torrid time following his move to Stamford Bridge; while he did enjoy some memorable moments - like that victory sealing goal at the Camp Nou en route to Chelsea's Champions League glory - he never quite met the standards he set at Liverpool.

Upon arriving in England, Torres quickly became a defenders nightmare, turning some of the best defenders to ever grace the English game ​- particularly Nemanja Vidic - inside out. Kevin Phillips often doesn't get the recognition he deserves, frequently forgotten when people discuss the greatest Premier League strikers of all time.

But his 246 goals in an astonishing 580 appearances seem to suggest we should be considering him among the elite.

And the fact that he never played for any of the top sides - having spells with the likes of Southampton, Birmingham City and Aston Villa to name a few - only makes his personal accomplishments all the more impressive. Another of the recent arrivals to the list, Mo Salah has had an oddly topsy turvy rise to the top of the game.

He was an outcast under Jose Mourinho at ​Chelsea, but after impressive spells at Fiorentina and Roma, he earned a move to Anfield.

Since this move, Salah has become truly elite; 35 goals in 50 appearances is outstanding for any winger, and he only continues to add to his tally, currently on 55 from 75 appearances for ​Liverpool. We're sure this man would have something to say about Ruud van Nistelrooy's claim to being Manchester United's best ever striker.

Andrew Cole enjoyed a vastly successful six years with the ​Red Devils between the years 1995 and 2001, winning the league five times, as well as two FA Cups and a Champions League crown.

But his most prolific season did not come during his time in Manchester; the first ever Premier League season ​saw Cole score 34 goals in 40 appearances donning the black and white stripes of Newcastle United in 1993/94.

Arguably the Premier League's greatest ever striker, Alan Shearer is more than worthy of this

While he was only able to match Cole for goals in his first 50 Premier League games, his record beyond then puts him comfortably on top.

He's a Newcastle legend but his best years in terms of goals per game came during his time with Blackburn Rovers. 148 goals in 303 games for ​the Magpies is almost unbelievable, but not being far off that total with 112 goals in less than half the appearances​ for ​Blackburn surely has to be considered the greater achievement.