​Valencia striker Rodrigo Moreno is set to travel to the Spanish capital to undergo a medical with Atletico Madrid ahead of sealing a €60m move to the Wanda Metropolitano.

Having lost Antoine Griezmann to Barcelona this summer, Atletico have been on the lookout for further attacking reinforcements, despite the signing of €126m Joao Felix. ​Marca state that Rodrigo has already sais his goodbyes to his Valencia teammates and was not involved in training on Tuesday, instead travelling to Madrid to undergo his medical with Diego Simeone's side.

Whilst his destination was not always certain, plenty in Valencia are said to believe that Rodrigo's move away from the club has been assured for weeks.

​Barcelona were initially thought to be keen, whilst ​Everton and ​Napoli also expressed an interest, but it is ​Atletico who have won the race for his signature.

The 28-year-old, who actually spent one year on the books at ​Real Madrid earlier in his career, is set to become the latest high-profile addition to Simeone's squad, following the likes of Joao Felix, Marcos Llorente and ​Kieran Trippier through the door at the club.

He established himself as one of Valencia's most important players, racking up 15 goals and ten assists in all competitions last season, and the hope is that he will be able to bring a similar output to an Atletico side who often struggled in attack last year. 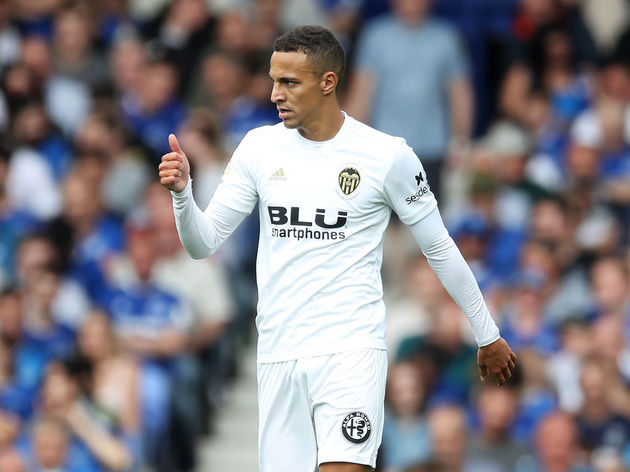 Outside of Griezmann, the likes of ​Diego Costa and Nikola Kalinic failed to impress, forcing the club to go out and recruit both Felix and ​Alvaro Morata.