​Wolves look to progress to the final round of Europa League qualification on Thursday as they aim to hold on to the 4-0 lead they gained in the first leg against FC Pyunik.

Nuno Santo's side looked convincing as they brushed the Armenians aside last week, placing one foot in the group stage play off tie against either Torino or Shakhtyor. It has been a busy start to the season for Wolves and they will be glad of their first leg triumph as it should give Nuno the opportunity to rest some of his key players ahead of their upcoming Monday night fixture with Manchester United.

Check out 90min's preview of the Europa League third qualifying round tie below.

Wolves have done well to avoid any injuries as of yet, and named what looked like their strongest starting lineup in their 0-0 draw with Leicester at the weekend.

However, with a big first leg lead and trickier games to come, rotation can be expected to come into play. Patrick Cutrone and Roman Saiss were both brought on as substitutes on Sunday and should start the mid-week match, meaning the likes of Raul Jimenez and Ruben Neves could drop to the bench. The Armenian Premier League's runners up do have some injury woes. It'll be touch and go whether both Hovhannes Poghosyan and Artur Kartashyan will be able to return to the starting lineup for their trip to the midlands, while right-back Robert Hakobyan will definitely miss out.

Last Thursday's outing was the first time the two sides had ever met. Goals from Matt Doherty and Jimenez put wolves two up at half time in front of a crowd of over 13,000 in the Armenian capital. A second goal from the Mexican put the visitors three up just a minute into the second half. Neves then rounded things off with a stoppage time penalty to give Wolves a comprehensive 4-0 lead going into the second leg.

Nuno's side opened their Premier League campaign against the club many believe they will be in direct competition with for seventh place. It proved to be a cagey affair, with a scoreless draw away to ​Leicester getting both sides off the mark.

As for the Europa League, it has been plain sailing so far for Wolves. A 6-1 aggregate win over Crusaders in the second qualifying round should be followed by a similar scoreline in the current round. 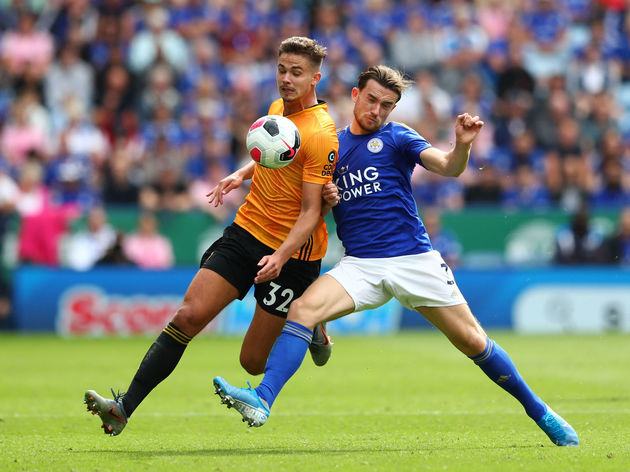 Aleksandr Tarkhanov and his side also kicked off their domestic campaign at the weekend as they look to go one better and win the league this season. A 3-0 away win against Urartu will give them some much needed confidence ahead of Thursday's fixture.

Pyunik have found it tougher in their European run so far, progressing through both of the previous rounds by narrow one goal margins.

​Wolves have strengthened yet again over the summer and should have a brilliant season. Even with a weakened team there should be no problems against their Armenian opponents. The real test will come in the next round against ​Serie A side Torino, should they also progress.

FC Pyunik will have been delighted to draw Wolves and have the chance to face a ​Premier League side, however, the English club will likely outclass them. A comfortable win for the home side should be expected.