Eriksen entered the final 12 months of his current Spurs deal this summer and could walk away from the club without a transfer fee at the end of the 2019/20 season. Manchester United made a late approach in the final week of the Premier League transfer window, calling off the chase when it became apparent that the player was not particularly interested in joining them and was instead holding out for a new challenge further afield.

In order to avoid losing him, the Daily Mail reports that Spurs are ‘willing’ to offer Eriksen a new contract worth close to £200,000-per-week, more than doubling his existing £80,000.

But with Eriksen seeking more than just money as he contemplates his next step, there are said to be ‘concerns’ that what Spurs are prepared to offer won’t be enough.

The Mail notes a further potential problem for Spurs in that even if Eriksen does sign a new contract, he would ask for a clause that allows him to join certain clubs for a fixed price. 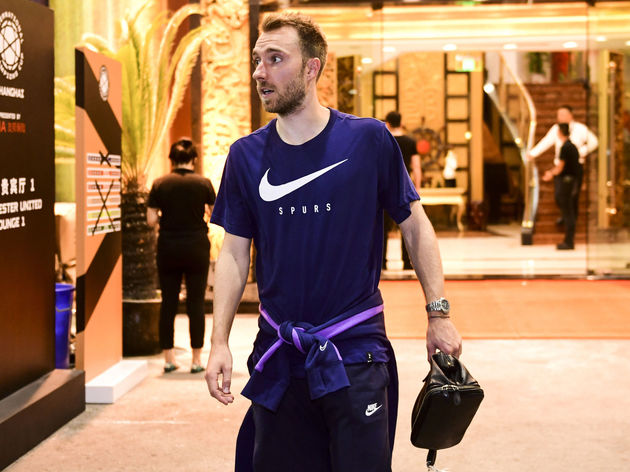 It raises the possibility that Spurs could yet sell the 27-year-old before the end of this summer. The Premier League transfer window may be closed, but the window in Italy is open until 23 August and the window in Spain stays active for another on top of that until 2 September.

Crucially, however, Spurs would not be able to source a replacement for Eriksen until January. Juventus are said to specifically be eyeing a free transfer in 2020. A separate Daily Mail report claims that the reigning Italian champions have already ‘sounded out’ the player over a potential move. The earliest Eriksen can negotiate with Juve over a pre-contract agreement is January.

Juventus have established a reputation for snapping up top midfielders at the end of their contract after landing Aaron Ramsey and Adrien Rabiot this summer alone. Emre Can, Sami Khedira, Paul Pogba and Andrea Pirlo have all joined the club for free since 2011.