​Almost 10 years ago to the day, Chelsea faced long-standing rivals Manchester United in the FA Community Shield at Wembley Stadium.

It was Chelsea who took home the spoils that time around, with Lampard and Terry lifting the shield following a tense penalty shootout. Under new manager Carlo Ancelotti, the Blues were later crowned Premier League and FA Cup champions after a swashbuckling season of goals galore.

10 years on, one of the men was lifting those trophies under Ancelotti is now managing his old club. Time has progressed. Club legends have departed. New faces have been and gone. Transfer bans enforced.

Lampard's youthful Blues got a humbling at Old Trafford on the 2019/20 season opener, giving fans the jitters for the season ahead and nostalgia for the Ancelotti years and other past glories. Just how does the current Chelsea lineup compare to the team that conquered England 10 years ago? As with most Ancelotti sides, the Chelsea side of 2009/10 was stocked with world-class talent that propelled them on to greatness. They had a leader and legend in John Terry at the back. The Chelsea captain is regarded as one of the best centre halves in ​Premier League history and was a rock at the back.

In comparison, Lampard's 2019 side lacks a talent (or a leader) of Terry's calibre. His options at the back are limited, especially after the transfer of David Luiz to ​Arsenal.  The Blues boss has a quality centre back in ​Antonio Rudiger, but he is nowhere near the level of John Terry. The likes of Andreas Christensen and Kurt Zouma have age on their side but still can't be compared to defenders like Ricardo Carvalho and Branislav Ivanovic. It is clear that the defence of 10 years ago would waltz into Frank Lampard's current starting lineup. Some possibly even still now. 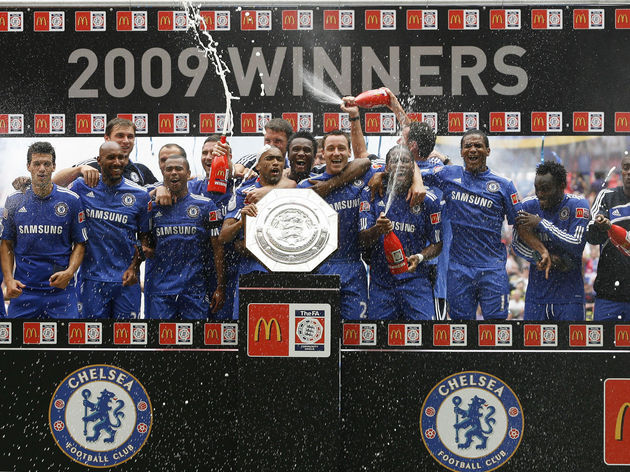 When comparing the midfield that started against ​Manchester United in 2009 to the one that started in the Premier League on Sunday the difference between them is astounding. Lampard, who used to run the show, is regarded as one of the greatest midfielders in Premier League history and a generational talent. The midfielder was in the heyday of career and an established member of the England side. Alongside Lampard, Chelsea boasted Michael Essien and Jon Obi Mikel, while the legendary Michael Ballack was also in the squad.

Chelsea's midfield on Sunday was the opposite, with Lampard choosing to field 20-year-old debutant Mason Mount alongside The hope is that Lampard's situation means he won't be judged to the same standards as his predecessors, but the difference between then and now for Chelsea is stark.