​Arsenal midfielder Mesut Ozil's representatives are on their way to Washington this week, to discuss a move that could see the German replace Wayne Rooney at the MLS outfit in January.

Ozil isn't believed to have a place in Unai Emery's long-term plans despite putting pen to paper on a new five-year deal shortly before the Spaniard's arrival last summer, with his work ethic and attitude having been heavily reported to have caused issues between player and manager.

His days at the club seem to be numbered and, after a ​move to Fenerbahce didn't come off before the closure of the English transfer window on Thursday, interest has come from even further afield, with MLS side DC United ​touted as a potential destination. The Washington-based side are on the lookout for a marquee star to replace captain Wayne Rooney, whose return to England with Derby County has been ​confirmed for January. The ​Express say that Ozil is seen as an option to fill his boots, with 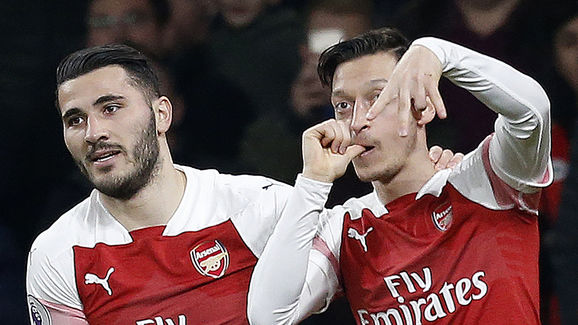