An agreement between the clubs that will see Bayern pay a €5m loan fee, and a €20m option to buy next summer is thought to have been reached over the weekend.

Perisic has accepted and he’ll will fly to Germany soon, it’s paperworks time between clubs. Loan for €5M with buy option for €20M. ✔️#BayernMünich #Inter #transfers

Perisic, who will help replace departed veterans Arjen Robben and Franck Ribery at the Allianz Arena, then travelled to Germany to finish off the transfer.

The 30-year-old was spotted by Bild leaving the medical facility after the examinations were finished and confirmed to German publication what had been going on.

Ivan Perišić has already arrived in Munich and underwent his medical this morning. He spoke briefly to Bild: "Yeah, I just had the medical checkup. I'll do my best" [Bild] pic.twitter.com/UkBDcDOJ5H

It marks a return to German football for the Croatian international, having previously spent time with both Borussia Dortmund and Wolfsburg earlier in his career.

Perisic was a Bundesliga title winner under the management of Jurgen Klopp during his 18 months in Dortmund, while he later helped Wolfsburg win the DFB-Pokal in 2014/15 and finish second in the final league standings behind champions Bayern. 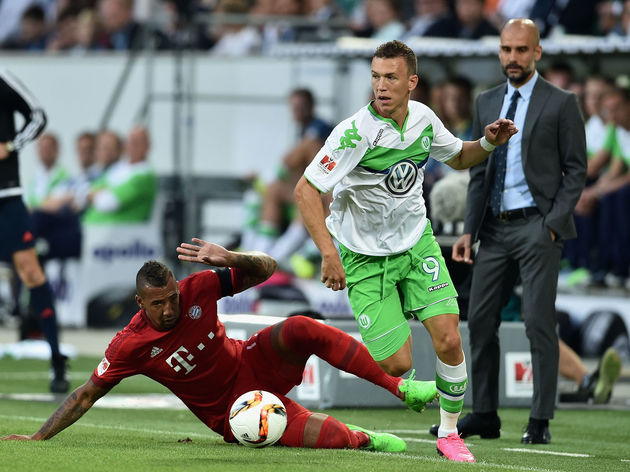 Perisic has been with Inter since the summer of 2015, but it became apparent earlier this summer that he would be surplus to requirements under new Nerazzurri coach Antonio Conte.

Perisic was of serious interest to Manchester United two summers ago, although Inter refused to compromise on their asking price for the player. Perisic was rumoured to have been rejected by the Old Trafford club this summer in part exchange for Romelu Lukaku, before Inter eventually managed to conclude a big money cash deal for the Belgian striker instead.

High profile midfielder Radja Nainggolan has already left Inter this summer on a loan to former club Cagliari, while Mauro Icardi is expected to be the next big name shown the door after his number nine shirt was taken away and handed to Lukaku.