Mourinho was infamously critical of Shaw on more than one occasion during his time as United boss, publicly blaming the defender after United were beaten by Watford in September 2016 and implying Shaw didn’t have a ‘football brain’ of his own after draw with Everton later that season. 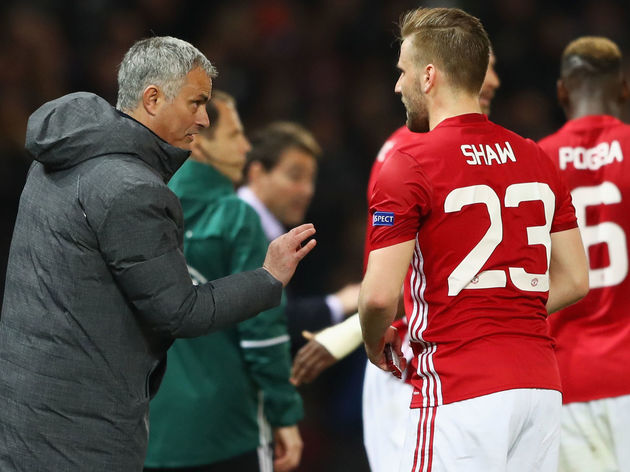 In March 2018, there were reports that other United players were stunning by the ‘bullying’ that Mourinho was said to be subjecting Shaw to following another public humiliation.

Shaw has since found his feet and was even named Sir Matt Busby Player of the Year last season as a result of his improved performances, but Mourinho didn’t miss an opportunity to hammer his now former player this weekend.

The out of work Portuguese coach has been snapped by Sky Sports as a pundit for this season and was asked to talk about United debutant Harry Maguire when he landed his Shaw jibe, suggesting the £80m centre-back will often be drawn out of position to cover for the left-back.

“When Maguire gets drawn out to cover for Luke Shaw, and he will learn through the season he will have to do this many times, he will learn this," Mourinho cruelly commented as he analysed his old team’s performance. Maguire was named Man of the Match for his calm and strong display in the clinical and emphatic 4-0 win. His tackle on the edge of his own penalty area helped set up United’s crucial second goal, while fellow defensive debutant Aaron Wan-Bissaka also impressed.

New signing Daniel James came off the bench in the second half and scored United’s fourth.

Only Manchester City’s 5-0 win away at West Ham stopped Ole Gunnar Solskjaer’s United from finishing the opening weekend of the new season top of the Premier League table.