The Gabonese striker scored the only goal of the game, smartly collecting full-back Ainsley Matiland-Niles' cross field pass before slotting past the onrushing Martin Dubravka.

The goal turned out to be the only goal of the game, and Mourinho, who was making his punditry debut for Sky Sports, has praised the quality of Aubameyang's finish, highlighting that keeping things simple is often the best method in front of goal. 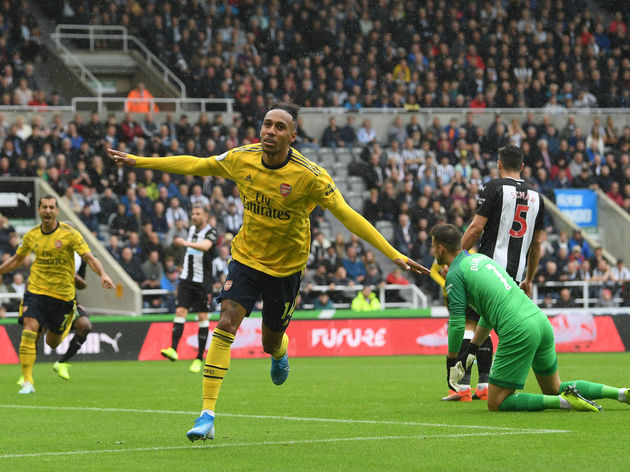 "That control looks simple but it’s not simple, it’s genius. Then the finishing is beautiful."

Mourinho's counterpart That ball was skidding off the surface, he controls it with the outside of his foot and he’s made a difficult finish look very easy.

That’s the mark of a very good striker."

​Aubameyang is no stranger to goals in the Premier League​Mohamed Salah​Sadio Mane.

​Arsenal's hard-fought win on Tyneside was even more impressive considering Unai Emery left a number of his summer signings on the bench. The Spaniard's lineup caused ​quite the stir on social media, but it was the former PSG boss who had the last laugh after Aubameyang's deft finish earned all three points.

The Gunners host ​Burnley at the Emirates next up, where club-record signing Nicolas Pepe will be looking to earn his first start since his club-record £72m move from Lille OSC.