Sheffield United earned a deserved point on their return to the Premier League, as they came back to draw 1-1 with Bournemouth on Saturday.

A goalless first half saw very few chances, with Bournemouth not having a single shot on target while Callum Robinson had the best opportunity of the half for Sheffield United, forcing debutant Aaron Ramsdale into a flying low save to keep the game goalless going into the break.

Both sides came close after the break, but it was Chris Mepham who finally broke the deadlock just after the hour mark, firing home the rebound after Dean Henderson saved Callum Wilson's effort from close range.

The Blades kept on fighting, and got a deserved equaliser two minutes from time through substitute Billy Sharp – the first Premier League goal of the striker's 15-year career – when he bundled home after an Oli McBurnie mishit. ​Bournemouth didn't threaten for the majority of the game, failing to register a shot on target until the 59th minute. Callum Wilson and Joshua King scored a combined 26 goals in the league last season, but didn't alarm the visitors' defence at all in a tame attacking display.

They stepped up the urgency in the second half though, and as soon as Mepham found the net the Cherries gained confidence. They did well to find their way into the game and should've seen it out, but some sloppy defending saw the visitors level and Bournemouth drop two points. STAR MAN - On his competitive debut for Bournemouth, Aaron Ramsdale did well to keep the visitors at bay for so long. Although he was unlucky to concede so late on, he made a few decent saves and was a safe choice in goal as he put in a promising performance. 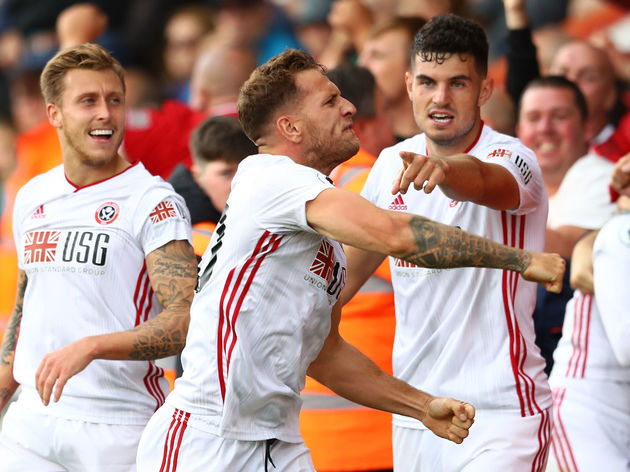 After a 12-year absence from the ​Premier League, ​Sheffield United were eager to return on a high note. They were impressive throughout the game, moving the ball well and largely being the better team throughout the afternoon as they played some good football.

The Blades didn't deserve to lose in such a disciplined display, but they were facing defeat after Mepham put the hosts in front. They kept on fighting and finally scored right at the death through a scrappy effort, as they began their season with a hard-fought display and a deserved point.

STAR MAN - Every player put in a strong shift, but it was Sharp's goal that earned them the point. Just eight minutes after coming off the bench, the Blades icon found himself in the right place and bundled home, having an instant impact in a brief yet clinical performance. 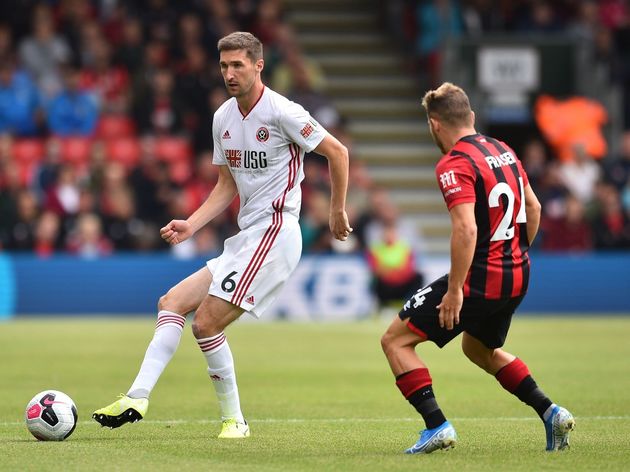 Bournemouth face another promoted side next Saturday when they travel to Villa Park to face ​Aston Villa, before a huge test when they host defending champions ​Manchester City on 25th August.

Sheffield United have back to back home games at Bramall Lane, starting with the visit of ​Crystal Palace next Sunday.