When he whipped in a sumptuous cross for Divock Origi to head home towards the end of the first half against Norwich, he became the first player to register an assist in five consecutive Premier League matches since Mesut Ozil did so four years ago – and one of only eight players in Premier League history to achieve this feat.

5 - Trent Alexander-Arnold is the first player to register an assist in five consecutive Premier League appearances since Mesut Özil in 2015, and is one of only eight players to do so in Premier League history. Pinpoint. pic.twitter.com/1l6ui3Kp3g

Cesc Fabregas, Ryan Giggs, Thierry Henry and Gianfranco Zola are among those eight players to boast this record. However, the difference? Alexander-Arnold is a right back. It is expected that the likes of Fabregas and Giggs were so influential, but the ​Liverpool defender has a primary duty to defend (try telling him that, eh?) and yet, he is still able to produce such an output.

It is also worth noting that Liverpool kept the most clean sheets in the league last season, with Alisson picking up the Golden Glove award.

The 20-year-old does his defensive duties, but can produce a wicked ball that taunts defenders. In the 2018/19 season, ​Alexander-Arnold 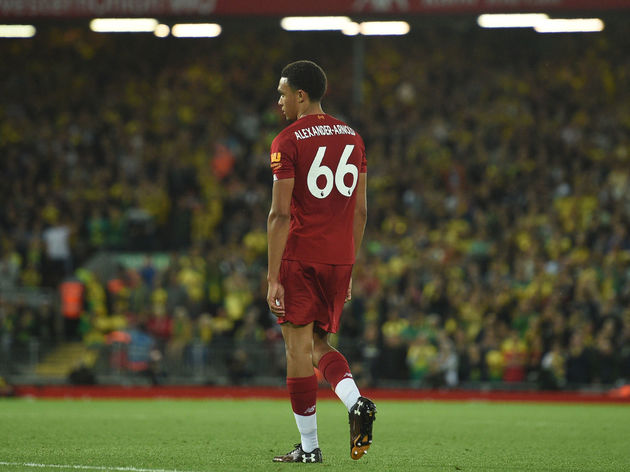