​Leicester City manager Brendan Rodgers has said the club will look again at their centre-back options in January, after they failed to replace Harry Maguire during the summer transfer window.

The Foxes lost their star defender when Manchester United finally secured his services in a world record £80m deal earlier this month, leaving the Foxes a few days (plus however long they knew United would come in strong) to pick up a replacement.

Despite the transfer saga rumbling on for most of the summer and reported interest in Bournemouth's Nathan Ake and Burnley's James Tarkowski, Rodgers was unable to sign an adequate replacement in time for the new season.

​​However the Foxes boss told the Leicester Mercury, among others, at his pre-match press conference this week that he is relaxed about his options – but will 'have a look' at the market when it reopens.

"We’ve got Caglar and Filip," he said, "who are young international players. Caglar is a full international and I have been really impressed with him since I have come in.

"He, along with Filip, Wes and Jonny - we’ve got four really, really good centre-backs, and like I say, we’ll work with them, and coach them, and the young guys will gain experience. 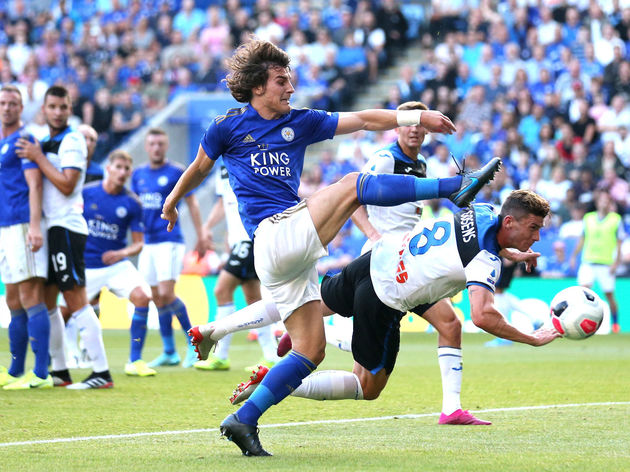