Liverpool's challenge for the Premier League title got off to (almost) the perfect start on Friday evening as they stormed to a 4-1 win over Norwich City at Anfield.

Norwich got off to the worst possible start when defender Grant Hanley turned a Divock Origi cross into his own net after just seven minutes. Liverpool made it two soon after, with Mohamed Salah slotting home after some nice, intricate passing in the penalty area. Despite some impressive football from Norwich, Virgil van Dijk made it 3-0 with a header from a corner on the half-hour mark. 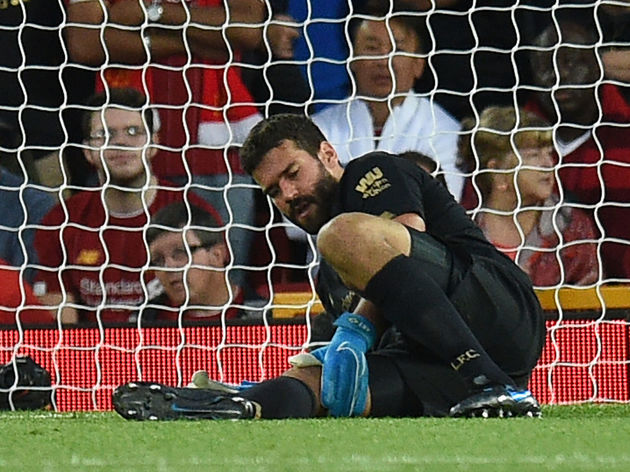 ​Liverpool
The Brazilian declined a stretcher and limped off the field, but it immediately became clear that he could not continue. He is so important for Liverpool, and the prospect of being without him for the opening weeks of the season is certainly a scary one for supporters.

Elsewhere, it was an utterly perfect night for Liverpool, but Alisson's injury certainly spoiled things. The Reds were fluid and exciting, and they really took advantage of Norwich's inexperience and youth. Their Premier League title challenge is off to the perfect start, but fans will be hoping to see Alisson back sooner rather than later.

​Salah is not messing about. It may only be the first week of the season, but he clearly wants to make the Golden Boot award his own this season.

He absolutely terrorised Norwich at Anfield, constantly finding himself in threatening positions as a result of his movement. With or without the ball, Salah waltzed into the penalty area with ease and pulled the strings against a shell-shocked Norwich side.

MOHAMED SALAH IS A 3 SEASON WONDER PASS IT ON

If there’s anything Salah is undeniably terrible at, it’s being a one season wonder

Even with the ball at his feet, Salah was happy to pull the strings and showcase his passing abilities to try and create more goals. He just needs 37 more performances like this and the title will be his. Now, if you simply look at the result, this looks bad for Norwich. Really bad. However, the scoreline certainly doesn't tell the whole story.

The Canaries were exciting to watch and played with the kind of confidence and swagger which we don't often see from newly promoted sides. There were plenty of similarities to Liverpool's style of play, but they simply couldn't cope defensively (even if the second half was far better for Norwich).

Might sound crazy here but Norwich haven’t looked too bad tonight, they’re going to get goals this season and Teemu Pukki will be scoring most of them.

Looking at the scoreline, you wouldn't think that Norwich were really in this game. Yet, at time, they certainly were, and that was largely thanks to Teemu Pukki.

His movement was fantastic, and he certainly deserved to open his Premier League account. His cool finish showed exactly what Pukki is about - movement and vision - and he was unlucky not to get even more.

A lot to like about this Norwich side tbh. Aarons, Lewis, Pukki, Buendia & Stieperman can play.

A nice welcome back for Norwich. But do think Pukki will impress in the PL this year. Really unique no. 9! #FNF

Based on this performance, Pukki will score goals in the Premier League. He might not match his ludicrously high tally from the ​Championship last season, but he looks more than capable of leading the line this year.