Premier League Fantasy Football: Who's Hot and Who's Not in Gameweek 1

​The Premier League season kicks off on Friday evening. What a time to be alive.

As exciting as that is, however, it does mean that your deadline for getting your fantasy team together and finalised before the transfers are no longer unlimited and you're stuck with what you've got.

Fear not, however, as 90min have you covered. Here's your guide on who to sign and who to avoid for matchday one.

Ederson: The safest of all safe picks ahead of the first round of fixtures, the undisputed number one of the champions conceded just once in the last six ​Premier League matches on Manchester City's way to reclaiming the crown. The relatively condensed pricing of keepers means only £0.5m separates him from the likes of Kepa and Jordan Pickford, so don't cheap out and get yourself off to a steady start.

Rui Patricio: But if you do insist on scrimping and saving, then a cheaper, similarly safe alternative is available in the ​Wolves keeper. He kept the joint-fifth best defensive record in the league last season, and has kept a clean sheet in all but one of the five pre-season and European matches in which he's featured so far. He can be picked up for just £5m. Bernd Leno: Don't be that guy that signs a keeper just because he plays for a team who will finish high up the table. That's not how fantasy football works. He also now has David Luiz playing in front of him, so if you're picking him at £5m over Patricio, Fabianski or Foster, then you need to be having a word with yourself.

Matt Doherty: Wolves lack of squad depth means that Doherto Carlos will be virtually guaranteed to start north of 30 league games this season, even with the added strains of a Europa League campaign on the horizon. He was one of the surprise packages of last season, assisting seven goals and scoring four, and is already off the mark competitively having found the net against Pyunik Everan in Europe.

Andy Robertson: The ​Liverpool left-back is as expensive as any defender in the game, setting you back a whopping £7m, but his stats from last season suggest he is well worth the investment. His clean sheets will earn you an insane amount of points, and he plays in a side who base their game around crosses from the full-backs - as demonstrated by his 11 assists last season. A midfielder or forward on those stats would likely cost double figures, so consider the value for money here. Kyle Walker: The City right back was a safe bet when he was a guaranteed starter every week, but now there is competition in the form of Joao Cancelo, his position is up for contention. He will likely still have a huge role to play, but with Guardiola's tendency for unpredictable rotation during busy periods, this is £6m that would be better spent on someone who will definitely start in the league. Like Matt Doherty.

Youri Tielemans: Only 6% of fantasy football players have selected Tielemans for the season ahead and that is a truly baffling statistic. He directly contributed to eight goals in his 13 appearances on loan at ​Leicester last season, and promises to build on that in his first full season in the league, under a manager who rates him highly enough to cough up £40m for his signature. For you, however, he'll cost just £6.5m - with as many as 30 midfielders more expensive.

Gylfi Sigurdsson: Sigurdsson was one of the most productive midfielders in the league last season with 13 goals and six assists, making him a bona fide fantasy football machine. He started 36 of their 38 games which suggests that his place is under no threat whatsoever, and with exciting new attackers such as Alex Iwobi and Moise Kean around him, he may be set for an even better season this time around. At £8m, he's one of the higher-priced midfielders without setting you back the seriously big bucks. Jorginho: If, like me, you selected Jorginho last season under the assumption that he'd take a few penalties and grab a hat-full of assists, then you will have been disappointed. He had a stellar season, dictating the tempo at the base of ​Chelsea's midfield, it just didn't translate into many fantasy football points. There's also the added uncertainty over how he fits into Frank Lampard's side, so it would be wise not to be lured in by his £5m price tag - it's there for a reason.

Divock Origi: Ok, it's a questionable inclusion given that the Belgian won't start when the usual front three are fit. With Sadio Mane only back in training this week, however, Origi looks a cert to make the starting XI against Norwich, and his seven goals in 21 appearances last season - just seven of which were starts - suggest the form of a man on fire when he plays. Beyond Norwich, his new contract means that he is likely to see his fair share of football, from the bench and occasionally starting, so he is worth a gamble for the mere £5.5m he will set you back.

Marcus Rashford: Outside of the eye-bleedingly expensive strikers that will eat up a quarter of your budget before you've started, lies one man for whom the transfer window has fallen favourably, and now looks set to play a starring role for ​Manchester United. With no more Romelu Lukaku and Alexis Sanchez a long way from fit, Marcus Rashford will near-certainly lead the line for United, and his ten goals and seven assists in the league last season indicate he is ready to be the man. 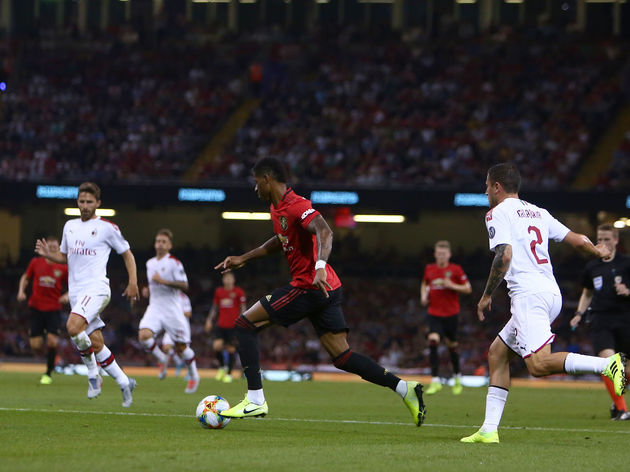 Glenn Murray: Murray might look like a safe choice to bang in 10-15 goals from the six-yard box penalty spot, but Brighton haven't shelled out the best part of £20m to sign Neal Maupay just to play 35-year-old Murray week in week out. He saw his game-time restricted to 30 league starts last season and that is likely to deplete further as he is phased out over the next season or two.