Manchester City striker Gabriel Jesus has been handed a two-month ban from international football following his behaviour during the Copa America final against Peru back in July.

Jesus scored the second goal in the 3-1 victory just before half time, but was sent off at the 70th-minute mark after receiving a second yellow card.

However, upon receiving this, the striker had it out with referee Roberto Tobar, before storming off the field in disgust, where he punched the dugout, kicked a bottle and had a tussle with the pitch-side VAR equipment. 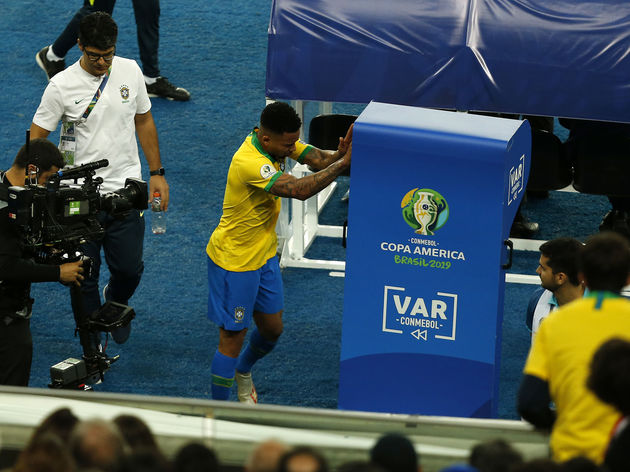 In a statement on their official website, CONMEBOL (South America's football governing body) handed Jesus a two-month ban, explaining: "The player is suspended to play official and friendly matches with his national team in that period of time."

This because they ruled that the forward had breached Articles 7.1 and 7.2 of the Disciplinary Rules for 'behaving in an offensive, insulting or defamatory manner of any kind.'

Alongside the ban, ​Jesus has also been hit with a £24,700 fine, but he does have seven days to appeal against the verdict. 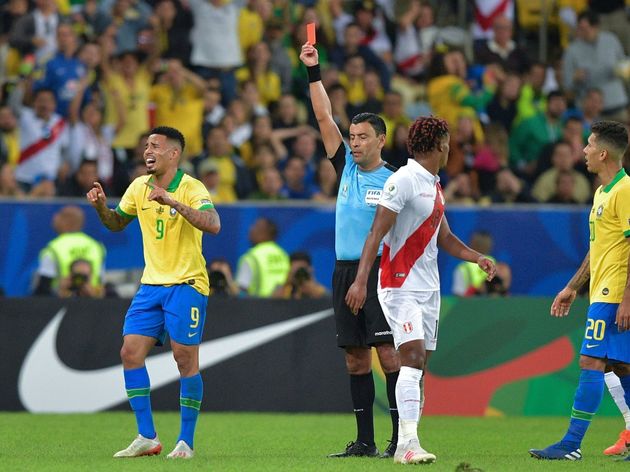 The two-month ban would rule the 22-year-old out of the Selecao's forthcoming friendlies against Colombia and (ironically) Copa America finalists Peru on 7 and 11 September respectively.

And, though this will be a blow to the player, it would come as a boost to Pep Guardiola and co back in Manchester, with the ban keeping him in contention for the club's Premier League clash with Norwich City on 14 September.