Twitter Reacts as Spurs Seal Lo Celso & Sessegnon Moves With Dybala Deal On, Off, On & Off Again

Well, that was quite an intense deadline day, wasn't it Spurs fans?

It looked like it was going to be one heck of a transfer window when Jack Clarke won't be seen in north London until 2020.

There's been hope of a new attacking midfielder all window long, with Real Betis' Giovani Lo Celso initially touted as the club's main target. The Argentine had fallen off the radar somewhat, but the 23-year-old had a medical after Tottenham agreed to match his asking price. The only bad thing for Spurs fans was just how long the club took to announce the deal, even though it looked imminent on Wednesday evening.

Use me as a "finally" button

Come Thursday afternoon and fans were starting to get pretty grumpy. Still no official word from the club, but surely it's just around the corner...

Scenes when we forget to announce Lo Celso

What’s holding up Lo Celso & Sessegnon deals? I’m sure they passed their medical over an hour ago  #DeadlineDay

(It wasn't a 3pm or 4pm announcement, sorry Luke)

It was all a bit much and ended up leaving fans in pain all day before confirming what was essentially a formality at the last second.

Finally, the deal was announced, and Tottenham fans could breathe easy before celebrating their new arrival.

Announce the retention of the Audi Cup 2020

Fans didn't have to wait long for their next arrival, with Ryan Sessegnon, who underwent his medical earlier in the day, confirmed barely half an hour later.

It's a deal which has flown under the radar for a number of reasons, but largely a combination of Tottenham's other targets (one guy from Juventus, specifically) and Sessegnon's underwhelming season with relegated Fulham last year.

Here's the angst to start with...

I swear to god if we don't get Lo Celso and Sessegnon... pic.twitter.com/0u54NNhIe3

Can we just hurry up and announce lo Celso and Sessegnon?! #COYS #THFC

Could everyone stop saying 'well at least we've got Lo Celso and Sessegnon' before they've even been confirmed? You're just setting us up for more pain

I think if you'd slept for the summer, not read a single bit of speculation and woke up just now seeing:

...then you'd be absolutely thrilled. That's a 9/10 transfer window.

Just in case you've been able to avoid social media over the last 24 hours, that 'one guy from Juventus' we mentioned about earlier is Paulo Dybala.

(This summer really can just get in the bin, can't it.)

It's been a bit of a rollercoaster, but when fans went to sleep - or at least tried to doze off at some ungodly hour - it was full steam ahead on the hype train for Manchester United target Dybala to arrive in north London after Tottenham agreed to pay a €70m fee for his signature.

Spurs have a better attack than city now

But that all changed when the move for Dybala got called off due to the player's complicated image rights - the same stumbling block which forced United to end negotiations.

Safe to say rival fans enjoyed that news a little bit more that Tottenham supporters. But at least no one instantly tweeted that video of

Sorry Tottenham fans, but the most recent updates suggest Dybala isn't actually going to be moving to north London this summer after all.

Honestly I can get over Dybala, but if we sell Danny Rose I am done, I won't recover

Tottenham fans really thought they were getting Dybala... 嵐嵐

Remember how it felt when we thought we were signing Dybala??

Is it just me or has It going really quiet regarding Dybala? Or am I clutching straws??

All in all, a pretty good window for Spurs. Ndombele, Lo Celso and Sessegnon all set for heavy first team involvement while Clarke features on loan at Leeds.

But still the nagging thought remains: what if they'd signed Dybala? 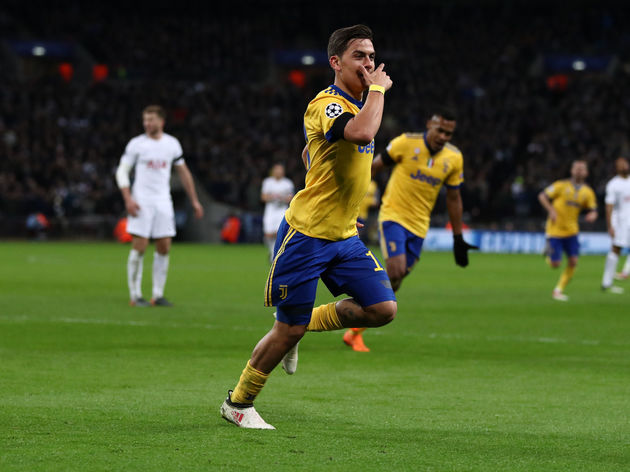