Former Arsenal captain Laurent Koscielny has revealed why he wanted to leave the club this summer in order to return to France.

The 33-year-old played 353 times for the Gunners during a nine-year spell in north London, but relations soured this summer after he attempted to engineer a move away from the club - even refusing to go on the club's pre-season tour of the United States. Koscielny eventually got his wish, returning to Ligue 1 to join Bordeaux in a deal worth a reported £4.6m - and he has revealed in his introductory press conference that he returned for both for personal reasons, as well as footballing ones.

"After nine years in Arsenal, it was time for me and my family to go home," Koscielny began.

"About my family setting, I needed to reunite with my family after so many years abroad and away from it. Now, everything is in place to be radiant and to be at 100% with the club.

"Bordeaux has manifested itself and everything was perfect to come back to France. 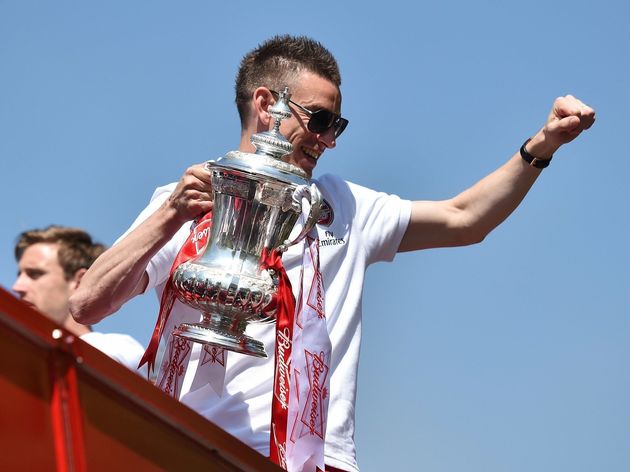 "A project with ambition... A young team that wants to improve over the next few years. To try to restore the image of the club and to put this team at the top of the championship."

The manner of Koscielny's departure left a bad taste in the mouth's of a number of supporters, with the skipper undermining manager Unai Emery's authority by refusing to head out to the States with the rest of the first team.

He also blamed Emery for poorly managing his recovery from injury, claiming the Spaniard had rushed him back too soon into the club's run to the Europa League final after recovering from a long-term Achilles tendon injury.

Koscielny's announcement video upon his unveiling at Bordeaux wasn't much better either - the defender tearing off an Arsenal shirt in order to reveal his new kit.

Those minor indiscretions aside, he was generally regarded as a loyal servant to the club - and will be remembered as one of the Gunners' best defenders over the past decade.