The 28-year-old played for South Korea at the 2019 Women's World Cup earlier this summer and is targeting more silverware as a Chelsea player after five successful years so far.

‘It means so much to me to be able to extend my contract with Chelsea. I am always grateful for the opportunities and I am excited to stay with the club.’ - Ji So-Yun  pic.twitter.com/hjMbxwpB8H

"It means so much to me to be able to extend my contract with Chelsea. I am always grateful for the opportunities and I am excited to stay with the club," Ji told ChelseaFC.com.

"We didn't win any trophies last year, so I want to win everything this year and I want us to be back in the Champions League," she added.

"This season overall is something I look forward to because we have a massive challenge ahead of us to make sure that we win trophies and qualify for the Champions League again."

Manager Emma Hayes commented: "I think the fact that Chelsea can keep their best players and they chose to stay at the football club is a real statement in itself. 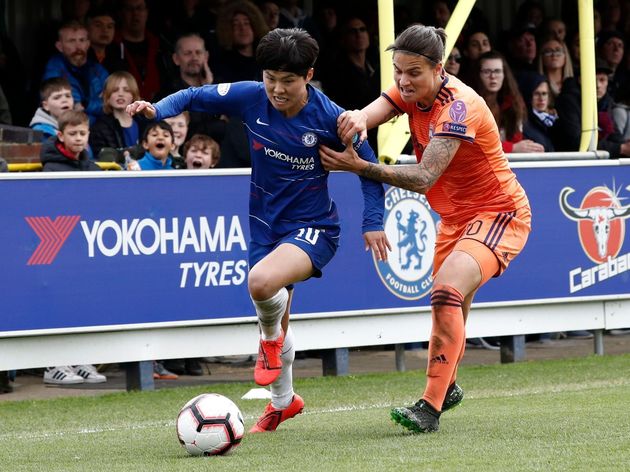 "Ji is one of the best players in the world and she showed that in the Champions League last season, and every year she has progressively improved. Ji could play for any club in the world but she chose Chelsea and I think that's a big statement from her."

Having arrived from Japanese club INAC Koba Leonessa in 2014, Ji was named PFA Players' Player of the Year the following spring. Her time with Chelsea has yielded three WSL titles and two FA Cups, while the club has also twice reached the Champions League semi finals.

Ji will be joined in England this season by South Korea international colleague Lee Geum-min, who has been ​announced as a Manchester City player. Cho So-hyun remains at West Ham.