Thought to be seeking a new challenge, Eriksen has entered the final 12 months of his Spurs contract and the club is prepared to sell in order to rebuild a squad with long-term objectives. The 27-year-old was heavily linked with Manchester United at the start of the week and for a short time it looked as though a move to Old Trafford was viable. However, 90min reported that United called off the talks after feeling that Eriksen was not interested in joining the club.

It was also suggested that Eriksen's preference is for a move to Spain. Many assumed that meant Real Madrid, who have been linked with the player for many months. But it may be that he is equally happy to reunite with former Spurs teammate Kieran Trippier at Atletico.

Real, after all, remain infatuated with Paul Pogba, while Ajax talent Donny van de Beek also appears more likely to seal a Bernabeu transfer at this moment in time than Eriksen.

The Daily Telegraph reports that talks between Spurs and Atletico over Eriksen were first held when the clubs got together to negotiate Trippier's £20m move to the Spanish capital last month. 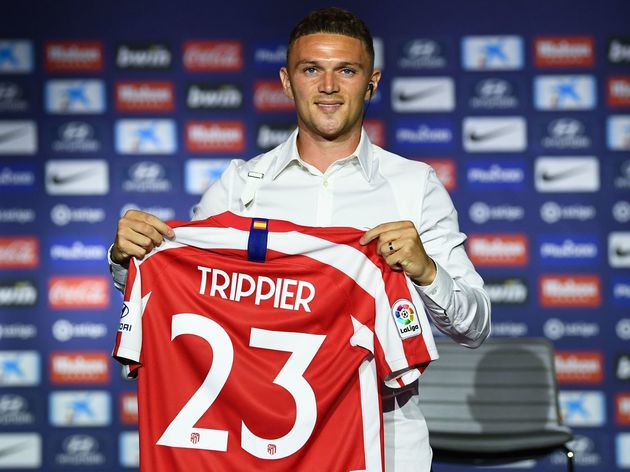 Now, Atletico have been tipped to 'revive' that early interest after the Premier League transfer deadline closes this coming Thursday evening. With Spanish clubs still able to sign players until 2 September, there is a suggestion the fee could fall if Tottenham's options are more limited.

It was reported yesterday that they are keen not to lose Eriksen as a free agent next summer and that could force the north London side to accept a smaller offer than they might have hoped.

Atletico have spent heavily on the likes of Joao Felix, Marcos Llorente, Mario Hermoso, Felipe and Renan Lodi so far this summer, but the club has raked in far more than its currently outlay after selling Lucas Hernandez, Rodri, Antoine Griezmann and Gelson Martins for €300m.