90min understands that United were not happy with the situation moving forward, despite receiving encouragement from Tottenham - but with the Eriksen camp not expressing a particular interest to make the move to Old Trafford, United opted to end the talks instead. 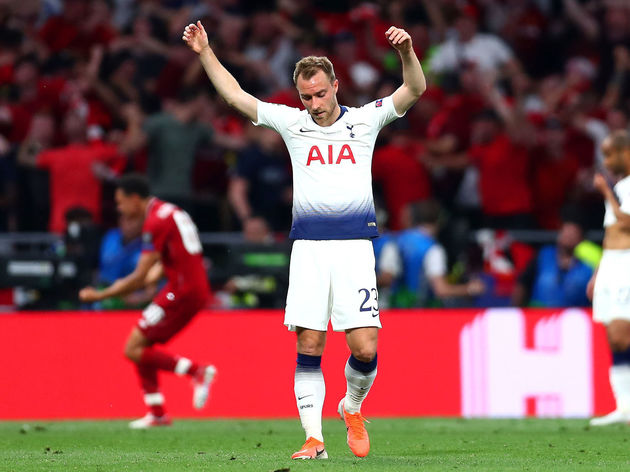 It comes as reports elsewhere suggest Eriksen would prefer for his next move to be to Spain. Real Madrid, who are still looking to land a new midfielder this summer, remain linked.

On Monday night and into Tuesday this week it had looked as though Eriksen was heading towards joining United after growing suggestions that Tottenham were prepared to sell the player, who is out of contract in 2020, in order to replace him with a long-term option and rebuild.

Tottenham's willingness to sell remains the case, but Eriksen won't be moving to Manchester unless there is a dramatic turn of events.

On Wednesday morning, author and 'United We Stand' fanzine editor Andy Mitten tweeted that talks were no longer ongoing after learning that Eriksen's focus is on Madrid.

MUFC had a few discussions with Eriksen but they’re not ongoing. MU rate him but, tallying with sources in Spain, his focus is on Madrid.

Others followed suit, with BBC Sport's Simon Stone explaining that United felt Eriksen would prefer a move to Spain, adding that the Old Trafford club remains in talks with other targets.

Man Utd have called a halt to talks over potential transfer of Christian Eriksen because they think if he does leave Spurs, he would prefer move to Spain. Utd still in talks with other targets, although so close to deadline, chances of getting any deals done is not high.

There has also been suggestion of Eriksen seeking a change in lifestyle by heading to Spain.

#thfc Spurs were demanding £80m from United for Eriksen, plus he is not motivated by money & wants a lifestyle change. So no great surprise if they have ended interest (per @sistoney67).

#MUFC have discussed a deal for Christian Eriksen but the #THFC playmaker is understood to favour a move to Spain. Discussions have come to an end, so it naturally looks unlikely that the long-admired midfielder will be heading to the north west

At this point it is worth noting that the Spanish transfer window remains open until 2 September. Therefore, if Spurs can land any of Paulo Dybala, Philippe Coutinho or Bruno Fernandes before Thursday's Premier League deadline, they will have the freedom to sell Eriksen at a later date.

It was reported earlier this week that United boss Ole Gunnar Solskjaer still wants two more players before the transfer deadline - a midfielder and a striker. But it now remains to be seen if the club will have enough time to add any new faces to their three existing signings.

United recently called off a proposed deal for Dybala over concerns relating to the player's vast wage demands and perceived lack of desire to join.