The Gunners said farewell to club captain Laurent Koscielny this week after his exit to Bordeaux was confirmed, while there remain doubts over the long-term future of Shkodran Mustafi.

It has made centre-back a position that desperately needs strengthening ahead of Thursday's 5pm transfer deadline and Italian journalist Alfredo Pedulla has claimed that a deal with Rugani is edging nearer to completion after an important breakthrough this week.

Arsenal are alleged to have agreed to pay Rugani €4m per season, which breaks down into the equivalent of around £80,000-per-week. The 25-year-old would apparently join the Gunners on an initial two-year loan deal, with an obligation to later buy for €40m (£36.8m).

Rugani was heavily linked with Chelsea last summer after struggling to establish himself as a regular starter in Turin ahead of Giorgio Chiellini and Leonardo Bonucci. He eventually stayed put but played even less often last season than he had done in 2017/18. Wolves are also said to be interested in Rugani but are crucially behind Arsenal. Manchester United are also named in Pedulla's report, yet it is noted their interest went no further than an initial assessment - the Old Trafford club have since bought Harry Maguire for £80m.

For Arsenal, Rugani appears to be a much more attainable target than

The Daily Mail report that Leipzig have rejected a £55m Arsenal bid for the 20-year-old Frenchman and would like £25m-rated Gunners youngster Emile Smith Rowe, who spent part of last season on loan with the German club, to be included in any further negotiations. 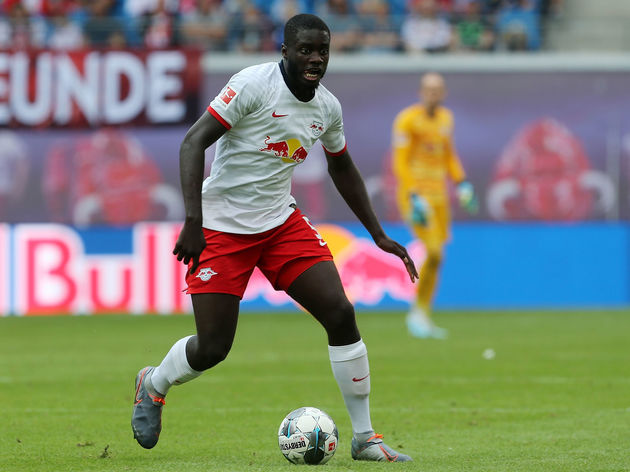 The Daily Mirror, meanwhile, suggest it may be even tougher to land Upamecano, reporting that RB have no intention of selling the former Salzburg star unless Arsenal trigger his £92m release clause, which would be a new world-record fee for a defender.