​It's back! The Premier League returns this week, with Tottenham's campaign getting underway on Saturday with a home tie against newly promoted Aston Villa as they aim to come back even stronger following last season's Champions League final defeat to Liverpool.

Mauricio Pochettino's men are now established Champions League regulars and are expected to finish in the top four again this season. ​Villa, meanwhile, are back in the top flight after three years lurking in the Championship. Play-off success following a strong end to the 2018/19 season, coupled with an extremely active transfer window, has ensured that optimism is high and there is a determination to upset the favourites.

Here's everything you need to know ahead of Saturday's clash.

​Son Heung-min and Juan Foyth are both suspended for the first two fixtures having picked up red cards in last season's penultimate game against ​Bournemouth. The latter also suffered an ankle injury in pre-season and is suspected to be out of action until September.

​Dele Alli has suffered another hamstring injury, with the midfielder likely to miss the first few weeks of the campaign. ​Ben Davies is working on his fitness, while Victor Wanyama and Eric Dier have returned to full training. New signing Ryan Sessegnon is undergoing assessment for an injury picked up while on England Under-21 duty in the summer. With ​Serge Aurier a doubt with a hand injury, Kyle Walker-Peters is ​Tottenham's only fully fit and available right back and is expected to start the season, while speculation surrounding ​Christian Eriksen's future has made it uncertain whether the playmaker will begin the match.

Villa, on the other hand, have been more fortunate on the injury front, but Anwar El Ghazi, Jed Steer and Ezri Konsa are all doubts.

As regulars in the top flight throughout the history of English football, the two sides have met a staggering 163 times, with Spurs coming out on top with 72 wins to Villa's 56. 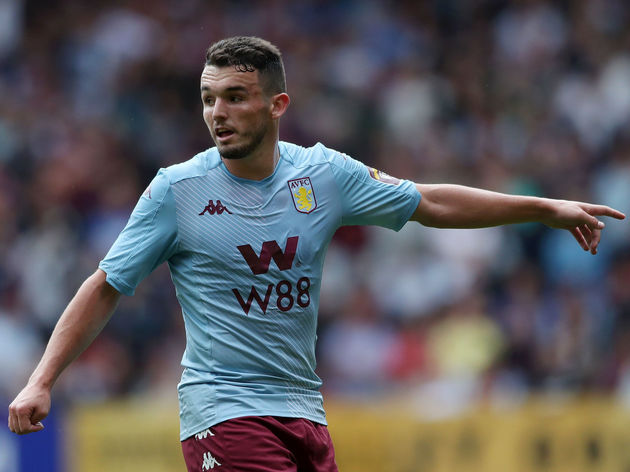 Spurs have been even more dominant in recent years, losing just once in their last 17 matches in all competitions to the Villans, a run stretching back to 2008.

The last meeting was an FA Cup tie in January 2017, with goals from Ben Davies and Son helping Spurs to a 2-0 win.

Both managers will be pleased with their pre-season results and performances, with Villa victorious throughout and Spurs enjoying mixed results, albeit against tougher opposition.

Villa won all six of their games, mostly against lower opposition, but nevertheless convincingly, and even recorded an impressive victory over Bundesliga side RB Leipzig. They head into the game full of optimism and belief. Spurs, meanwhile, beat ​Real Madrid and Bayern Munich on their way to winning the Audi Cup, as well as ​Juventus in the International Champions Cup. However, they also lost to ​Manchester United as well as Inter on penalties, having drawn 1-1 over 90 minutes, in their most recent friendly.

Villa have been on fire this pre-season, with Jack Grealish and John McGinn scoring freely and causing the opposition team problems, and there's no doubt that Villa can catch Spurs by surprise if the hosts start sluggishly. Spurs, however, have been fine themselves this summer. Although there are question marks surrounding the futures of certain players, as well as several injury problems, they should be able to field a strong enough side to dispatch of Villa in front of their own fans, so expect a Spurs victory - albeit not a comfortable one.