​Arsenal have ​confirmed the departure of defender Laurent Koscielny, who has sealed a move to Bordeaux for a reported €5m.

The 33-year-old had been pushing for a move away from the Emirates Stadium after refusing to travel on their pre-season tour, but no side in Ligue 1 were prepared to meet Arsenal's asking price for the defender.

Laurent Koscielny is leaving us to join Ligue 1 side Bordeaux

However, after lengthy negotiations with Bordeaux, an agreement is believed to have been reached on Monday night, and ​Arsenal took to their official website to confirm Koscielny's departure from the club.

He leaves the club after nine years and 353 appearances, having established himself as a real fan favourite at the Emirates.

He fought back from a serious Achilles injury last season to force his way back into the starting lineup under Unai Emery, racking up 31 outings in all competitions to help the Gunners to fifth in the ​Premier League. 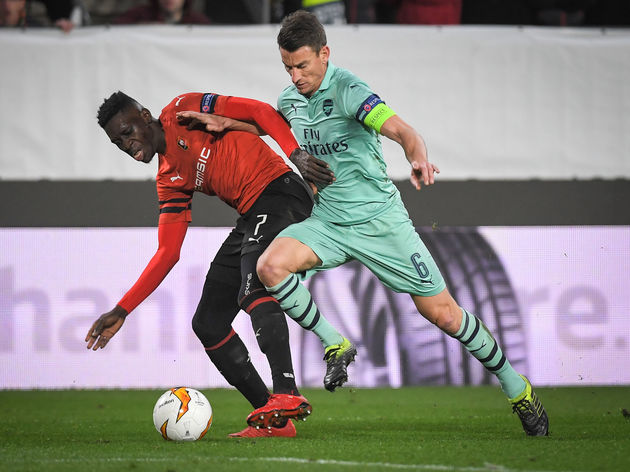 However, he was seemingly determined to seal a return to France, asking Arsenal to cancel his contract as a gesture of good will. The Gunners were adamant that any interested side had to pay a transfer fee to sign him, which ultimately saw a move to Rennes break down.

Bordeaux took advantage of the situation and managed to finally agree on a fee of around €5m to bring Koscielny back to France. As for Arsenal, Emery remain in pursuit of a replacement. William Saliba will join the club next summer, but the likes of RB Leipzig's Dayot Upamecano, Benfica's Ruben Dias and ​Juventus' Daniele Rugani have been linked with immediate moves to the Emirates.