Here’s all you need to know about Wolves ahead of the new season. Wolves defied all expectations last season as they finished seventh and claimed the deserved title of the ‘best of the rest’.

After spending big in the 2018 Summer transfer window, Wolves had one of their most successful seasons ever, as they secured a spot in this season's Europa League. With memorable home wins over Arsenal, Chelsea and Manchester United, along with a historic victory away at Tottenham, the Wanderers were last season’s tormentors of the big six.

However, if they want to fulfil their ambitions of breaking into the top six after they finished just nine points behind Manchester United, Wolves will have to improve their record against lower table sides. Wolves have had a strong pre-season, claiming the Premier League Asia Trophy. Making light work of Newcastle, easing to a 4-0 victory, Wolves went on to claim the title against Premier League champions Manchester City on penalties after holding last season’s top scoring club to a 0-0 draw in normal time.

The Wanderers have also had the advantage of playing competitive football over other Premier League sides. Nuno Espirito Santo’s side cruised into the third-round of Europa League qualification as a 4-1 victory over Crusaders in Belfast last Thursday secured a 6-1 aggregate win.

However, Wolves’ main challenge this season has already started as their third-round match against Armenian side FC Pyunik on Thursday comes just three days before their Premier League campaign kicks-off.

Does Nuno’s side have enough strength in depth to cope with their demanding schedule? We'll soon find out. The Wanderers have once again spent big this summer as they look to strengthen their squad.

They have brought in a total of eight players, with Raul Jimenez, Leander Dendoncker and Patrick Cutrone being the marquee signings which will add attacking threat to Nuno’s side.

Wolves have also brought in 22-year-old Jesus Vallejo on a season-loan deal from Real Madrid. The Spanish centre-back played a major role in Spain’s European Under-21 Championship triumph and will add much needed depth to the defence. There have been no major exits from Molineux this summer, much to the relief of fans. Wolves have removed 18 players from their books from last season, with Kortney Hause’s £3m move to Aston Villa the only departure to provide income.

With a busy fixture list, holding onto last season’s key players will be crucial for their prospects for this campaign. Nuno has built an incredibly well drilled and well-structured side with their attackers being their first line of defence. As a result, Wolves’ 3-5-2 formation proved very difficult to breakdown last season as they conceded just 46 goals, the joint fifth fewest in the league.

Wolves can also boast one of the best midfield partnerships in the league. Ruben Neves and Wolves’ Player of the Season Joao Moutinho are the club’s playmakers, with Neves completing the most passes and Moutinho contributing the most assists. However, their defensive work is just as impressive as Neves topped interceptions, and Moutinho made the most tackles for the club last season. 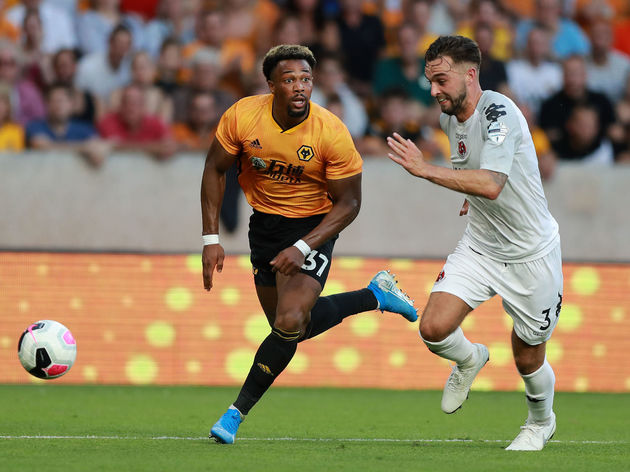 Although Wolves are well-structured, they have the most success when they play on the backfoot which allows them to use their pace in the counterattack to breach sides’ defences.

The ‘best of the rest’ will now treated as a big club by lower side who could now utilise Wolves’ own tactics against them. Nuno may have to teach his squad how to dominate possession and breakdown structured defences.

What kept Wolves from breaking into the top six last year was their lack of goals. Their tally of 47 last season was the seventh worst in the league. Wolves will certainly hope that their summer reinforcements will bolster their attacking potency. Moutinho will no doubt be pivotal for Wolves once again this season, however, the cub’s need for goals is more pressing.

21-year-old Italy capped Cutrone could provide the answer but he will certainly need time to settle in to English football.

Raul Jimenez however, is expected to be the key man after impressing during his loan spell last season. Wolves triggered their option to sign the forward on a permanent basis, breaking their transfer record in the process. Jimenez was Wolves’ top scorer with 13 goals and contributed seven assists which made him an instant fan favourite, with Molineux becoming littered with Mexican wrestling masks and Mexico flags.

The 28-year-old’s finishing, hold-up play and partnership with Diogo Jota, along with his intensity and aggression, will help the Mexican push on in his second season for the Wanderers.

Potential Breakout: Morgan Gibbs-White is certainly one to keep an eye on after impressing in pre-season. The midfielder showed great ball control and vision and scored against Newcastle in the Premier League Asia Trophy. The 19-year-old will be called upon this season as the fixture demands stretch the squad. Europa League progression could lead to domestic difficulties for Wolves this year and their endurance will undoubtedly be tested.

Wolves have bought well during this window and will need their new attackers to perform if they hope to reach the same heights as last season. They will certainly need to improve their record against lower teams if they are to do so.

A battle to retain their ‘best of the rest' title against the likes of Leicester and Everton is predicted and an eight place finish is a likely outcome for Nuno’s side.