Four players - Fulham defender Cyrus Christie, Southend United's Theo Robinson, Stoke's James McClean and Barnsley's Bambo Diaby - reported incidents of abuse on the opening day of the new season, in a series of events that are becoming all too familiar.

Fulham defender Christie revealed after Fulham's Championship clash with Barnsley that his sister had been hit and racially abused in the stands at Oakwell, while Robinson was subjected to racial slurs from fans sitting near his family and friends at Coventry. McClean and Diaby were also subjected to abuse, though the details of those incidents are unclear at this stage.

To the Fulham fan that decided to hit my sister at the game today and his wife who justified his action with racist remarks I hope your proud of yourself and feel like a big man. You’ll get what’s coming to you. Regardless how you felt about the result your actions are shameful郎

Now, KickItOut have released a statement in reaction to the past weekend's events - confirming they had offered their unwavering support to those affected, as well as calling on the FA to act and deal with the individuals responsible.

Their statement said: "We are appalled to hear that the sister of Fulham's Cyrus Christie was subjected to alleged violence and racist abuse on Saturday, with Southend United's Theo Robinson, Stoke City's James McClean and Barnsley's Bambo Diaby targeted with unacceptable discriminatory abuse too.

"On the first weekend of the season, these incidents should be a reminder for everyone in football that racism and discrimination cannot be ignored. Clubs and the football authorities must be relentless in calling out this disgraceful behaviour, and be prepared to issue strong sanctions and education sessions to any supporter involved.

"We have contacted the clubs to offer our support to the players, are liaising with the police and have informed The FA of all the incidents, so that whoever is responsible can be brought to justice. Discrimination casts a shadow over football in this country, and we will not stop highlighting the problem while it remains rife in the game." 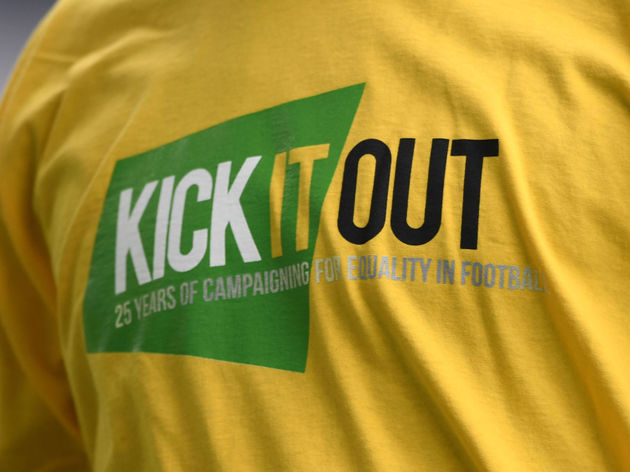 KickItOut released figures last month showing an alarming 32% in reports of discrimination during the 2018/19 season, with reports of racist abuse the most frequent. Reported instances of Islamophobia and antisemitism in football also rose last season.