​Manchester United are ready to part ways with Marcos Rojo after completing the £80m signing of Harry Maguire from Leicester City.

Maguire's arrival means there are currently seven senior centre backs at Old Trafford, and manager Ole Gunnar Solskjaer has previously confessed that at least one would ​likely be sold if Maguire did arrive.

Thanks to everyone who has supported me and played a part in my career.

I’m proud and honoured to join @ManUtd. What an incredible football journey it’s been so far ⚽ pic.twitter.com/yVaTnBBHv6

According to the ​Daily Star, ​Rojo is set to be the casualty of the situation, with ​United confident that he will have left the club by the time the transfer window closes on Thursday.

​Everton are named as potential suitors for Rojo, with the Toffees still looking to replace Kurt Zouma, who returned to parent club ​Chelsea after an impressive loan spell last season.

A return to Argentina with Estudiantes has also been suggested in the past, although they would likely struggle to meet United's £25m asking price. The 29-year-old still has two years left on his contract, so United aren't prepared to let him go for cheap. However, should a side lodge an acceptable bid, they would not hesitate to part ways with him to alleviate the logjam in defence.

Alongside ​Maguire and Rojo, the club can currently call upon ​Phil Jones, Chris Smalling, Axel Tuanzebe, Victor Lindelof and ​Eric Bailly. Finding minutes for six of them would be hard enough for Solskjaer, let alone seven.

Rojo was quickly linked with a move away from Old Trafford this summer, having missed the majority of last season through injury. He has featured during pre-season, but it is believed that Solskjaer has already made his mind up about his preferred centre back options. 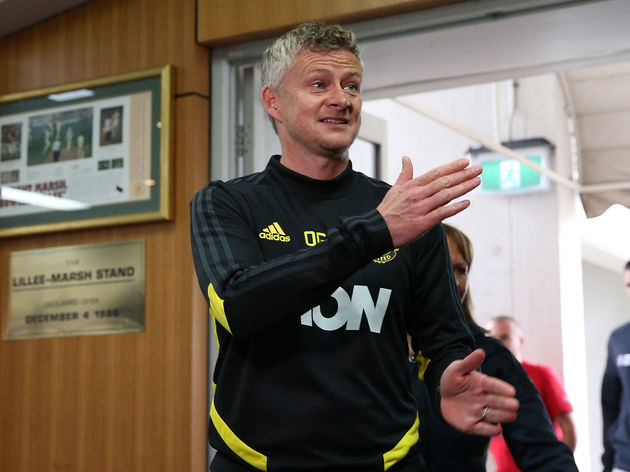 Jones, Smalling and Lindelof often dominated the lineup last season, with Rojo struggling to make an impression, and Maguire's arrival will only limit the amount of game time which Solskjaer can offer the Argentine.