​Liverpool manager Jurgen Klopp has revealed he is optimistic midfielder James Milner will be available for selection against Norwich in Liverpool's Premier League opener on Friday.

The former England international missed the FA Community Shield defeat against Manchester City on Sunday through a minor muscle injury.

However, the Reds are hopeful Milner will return to full training in the next couple of days with Klopp confident that his tireless midfielder will be available for selection. When asked whether ​Liverpool's number seven would be available against ​Norwich, Klopp told the press: "

“For today it did not work out, but I think by at least Tuesday he can train.”

Milner's likely return will leave Klopp with a dilemma over who to field in the middle against Norwich. If Milner does feature, it would be expected that Klopp wouldn't risk starting the veteran, but instead give another of his midfielders a chance. 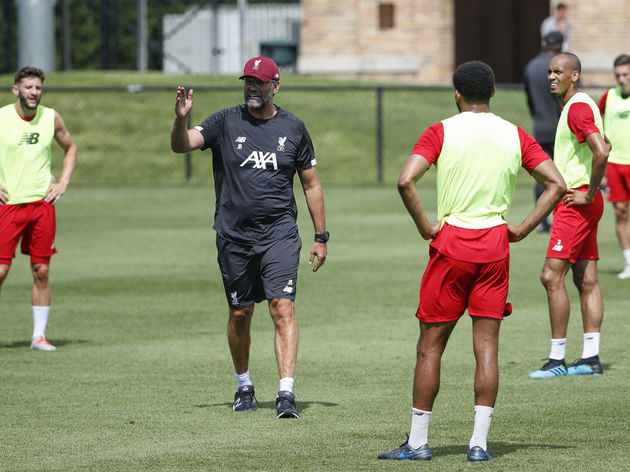 Klopp's men head into the ​Premier League campaign looking to improve on their second place finish last time around. The Reds gave ​City a run for their money in the Community Shield, putting in a dominant second half performance.

Despite a mixed pre-season, the European champions looked sharp, with a number of their key players playing well.

Liverpool face Norwich at home in the first Premier League game of the season before playing Chelsea a few days later in the UEFA Super Cup final in Istanbul.