Greenwood, who was part of the England squad at the 2015 and 2019 Women's World Cups, joined United last summer when the club was newly launched and finished the 2018/19 season by lifting the Women's Championship trophy after a stunning campaign.

We have agreed terms with @OLFeminin for the transfer of @AlexGreenwood.

A further announcement will be made in due course. pic.twitter.com/jJsJjnqaSE

The transfer is not yet fully complete, with a further announcement expected in due course, but the 25-year-old left-back will join a growing English contingent in Lyon.

Lucy Bronze, who was last week nominated for 2019 Best FIFA Women's Player, and Izzy Christiansen made the switch to the all-conquering French club in 2017 and 2018 respectively. Nikita Parris, meanwhile, secured her move to Lyon in June and is awaiting her debut season.

Lyon have been using France international Amel Majri as a full-back in recent seasons, although the 26-year-old is typically a winger by trade. Versatile German defender Carolin Simon is also part of the all-star squad that features many of the best players in the world.

Accepting the transfer from United certainly underlines Greenwood's ambition to further herself because simply commanding a place in the Lyon team will be a huge task in itself. 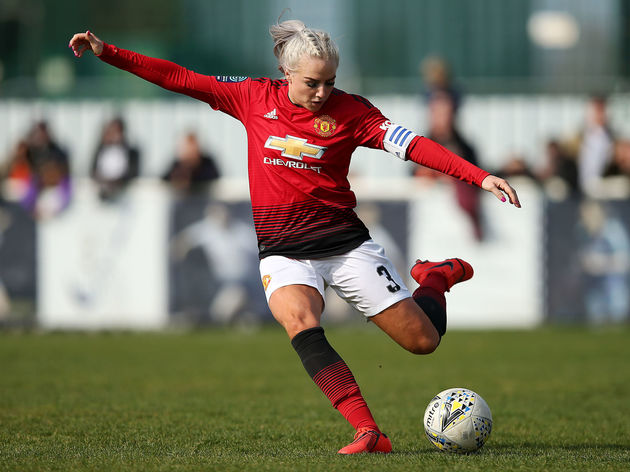 A month away from the start of the Barclays FA Women's Super League, United would now be expected to dip into the transfer market to find a replacement for Greenwood.