Real Madrid have not yet given up in their pursuit of Paul Pogba and are believed to have lodged a bid of just £27.4m plus James Rodriguez.

With Los Blancos pushing for the signing of Ajax midfielder Donny van de Beek, it was speculated that they had accepted Manchester United's decision not to sell him this summer. However, according to ​The Times, that is not the case, as they have submitted a 'derisory' bid of £27.4m plus ​Rodriguez. Sources close to the club are said to have confirmed that they simply could not offer anything close to ​United's £150m asking price.

​As a result, it is expected that United would not hesitate to reject this offer, especially after Ole Gunnar Solskjaer insisted that he had '​no doubts' that ​Pogba would remain at Old Trafford this summer.

Rodriguez has returned to Real after a two-year loan spell with ​Bayern Munich, but it is thought that the club are eager to sell him to try and recoup some of the money they have spent this summer. 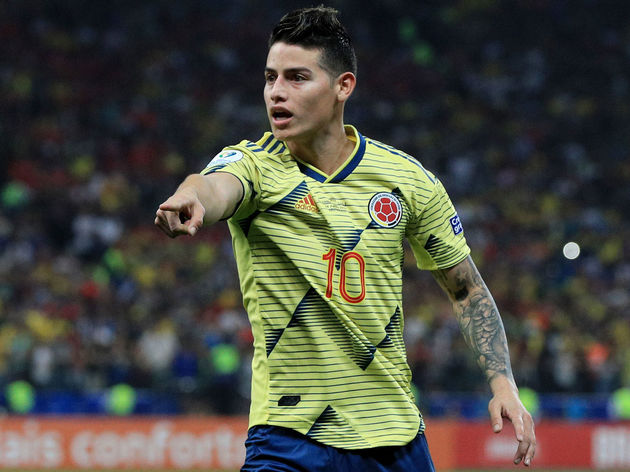 Both ​Atletico Madrid and ​Napoli have registered their interest, but a deal for the Colombian international is yet to materialise.

Whether United would be keen on a deal for Rodriguez is unknown, although it seems likely that they would only include him in a deal for Pogba if they were to receive a significant up-front fee as well - much higher than the reported £27.4m.

It is believed that Solskjaer already has his list of midfield targets as they approach the end of the transfer window. Lazio's Sergej Milinkovic-Savic is thought to be high on the Norwegian's wish list, although United only have until 8 August to get any more deals over the line.